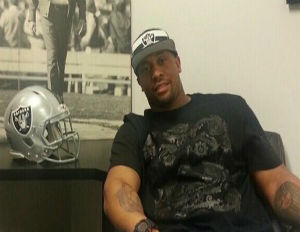 The panelists were candid about the hurdles athletes face when understanding business and financial literacy. Some even shared personal stories like ex-NFL player Anthony Simmons, who remembered vividly his first year playing, and how he quickly blew his money. “I spent every dime,â€ he said to the audience of more than 50 attendees.

Simmons put his pride aside and asked his agent to loan him $7,000. His then-agent refused, but Simmons coach loaned him the cash. Simmons’s story isn’t unusual, former professional player Deon Strother jokingly told the audience: the NFL stands not for long. Strother, who played one season with the Denver Broncos, went back to college after he his sports career was cut short. He said finishing his degree in business at University of Southern California was important for him. He later transitioned to a successful career in marketing. Strother left the audience with two pieces of advice: understand the power of relationships, and be able to identify the opportunity.

Current Oakland Raiders defensive end, LaMarr Woodley understood that sentiment well. He reached out to a seasoned athlete who shared a piece of wisdom with him: “You have to take advantage while you are hot.â€ And, Woodley has done just that. His name is attached to charitable organizations around the country. He has worked with All Stars Helping Kids, a program that promotes education and the empowerment of children in under privileged communities. In 2009, he launched the “LaMarr Woodley’s Sack Attack,â€ raising money for each on-field sack. He also holds a free annual youth football came for Saginaw, Michigan youth. Woodley also emphasized the importance of other athletes taking advantage of their finances and brands.

“Guys in the locker room aren’t talking about business,â€ said a passionate Woodley to the audience. “My goal is when I leave the game I don’t owe anything.â€