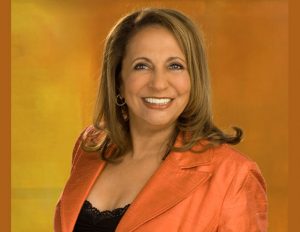 Radio One Founder and Chairperson, Cathy Hughes, joins the bevy of black women making movies. Media, an original movie, was conceived and produced by Hughes and her partner on the project, Susan Banks (Fright Night Files, Fear Files, Second Sight). The drama is the latest addition to TV One’s slate of original filmsÂ and will premiere in early 2017.

Media is a story of a wealthy family battling competitive challenges to keep their status and position in the industry.

“ThereÂ  areÂ  fewÂ  movies thatÂ  showÂ  allÂ  shadesÂ  andÂ  sidesÂ  of the politicalÂ  and economic spectrums, in particular, films featuring persons of color, without cateringÂ  toÂ  oneÂ  side,â€ said Michael Jones in a press statement. The actor known for his roles in Scandal, Chicago Fire, and Stomp the YardÂ portrays a prominent city attorney and prosecutor in the film. “Here we seeÂ everyone represented, andÂ everyÂ characterÂ hasÂ aÂ purposeÂ in this unique story. This family didn’t come from wealth; they built it,â€ he added.

The story unfolds when Jones’ character stands accused of a brutal crime, and the family bands together. Media is described as an exhilarating peek behind the scenes of a glamorous but fiercely competitive world.

Hughes pointed out the parallels of the made-for-television movie and her real life story as a radio and television personality turned media mogul.

“This storyline has been in the works for over six years, and I am thrilled to finally bring it to our audience,â€ she said in a statement. “My entire life has been dedicated to creating media outlets to entertain and inspire our community. We know our audience loves drama, and that’s what Media is all about.â€

Radio One holds the number nine spot on the BE 100s Industrial/Services Companies list, with $450.8 million in revenues for 2015 and a staff of 962.

Media was filmed on-location in Atlanta. Also serving as executive producers are Kevin Arkadie (New York Undercover, Soul Food, The Shield), who also was a writer for the film, and Sheila Ducksworth (With This Ring, Why We Laugh: Funny Women). The film was produced for TV One by Ducksworth Productions.

Launched by Hughes in January 2004, TV One holds the number 17 spot on the BE 100s Industrial/Services Companies list, with $184 million in revenue. Today it serves 57 million households, offering a broad range of real-life and entertainment-focused original programming, classic series, movies, and music.

#FridayFitness: Resistance Training Is the Fountain of Youth