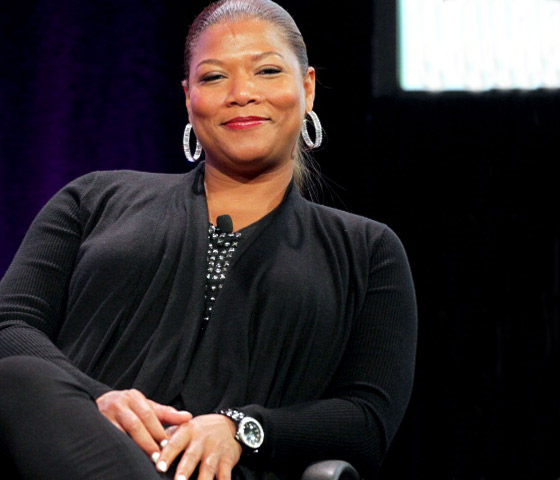 Queen Latifah Gets Another Talk Show

You may remember Queen Latifah‘s self-titled talk show, The Queen Latifah Show, which ran in syndication for two seasons (1999-2001). Well, the rapper-turned-actress is giving it another try.

Black children and teens saw 80-to 90 % more ads compared with white youth, including more than twice as many for Sprite, 5-hour Energy, and Vitamin Water, according to the research. The targeting is very similar for the Hispanic demographic. Between 2008 and 2010, Hispanic children saw 49 % more ads for sugary drinks and energy drinks on Spanish-language TV. Hispanic teens saw 99 % more ads.

“The beverage industry needs to clean up their youth-directed products: reduce the added sugar, take out the artificial sweeteners, and stop marketing products high in caffeine and sugar to young people,â€ said Marlene Schwartz, co-author and deputy director of the Rudd Center. “We also need the nutrition facts, including caffeine content, for all beverages, especially energy drinks.â€

The report’s authors studied marketing by 14 beverage companies and examined the nutritional quality of nearly 600 products including full-calorie soda, energy drinks, fruit drinks, flavored water, sports drinks, and iced teas, as well as diet energy drinks and diet children’s fruit drinks. The study is the most comprehensive and science-based assessment of sugary drink nutrition and marketing ever conducted.

Brigitte Daniel of Wilco, Inc. Appointed to the FCC Committee on Diversity in the Digital Age

As one of a few African-Americans appointed, Daniel will be charged with providing recommendations to the FCC regarding policies and practices that will further enhance diversity in the industries the agency regulates.

“I am very honored and excited about my appointment to serve on the FCC’s Diversity Committee,â€ said Daniel, a Philadelphia tech leader. Â “The topic of inclusion and diversity within this sector is paramount to providing opportunity, access, and a voice for all citizens of the United States. I look forward to representing the low-income marketplace that I proudly serve, broadening the scope of broadband access for the City of Philadelphia, and bettering the public interest of the American people and the missions of the FCC.â€

Daniel currently serves as senior counselor to Wilco President Will F. Daniel. In addition, she handles corporate communications and oversees large-scale projects, including the launch and implementation of the new Wilco Philadelphia Housing Authority community and entertainment and web channel, WPHA-TV.

The Truth About Black Folks and Our Reputation in Business