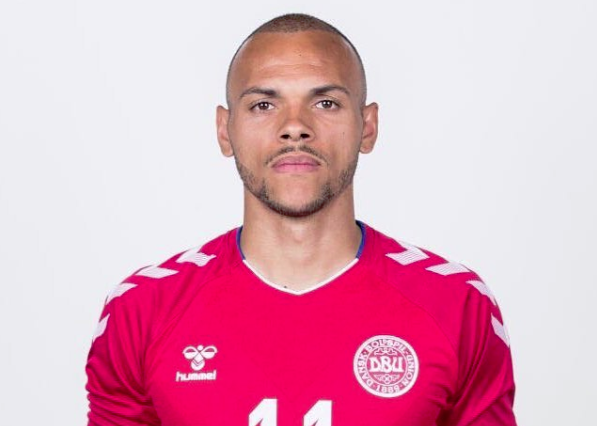 Fresh off a successful 2018 FIFA World Cup berth in Russia, soccer star Martin Braithwaite, 27, played all four games for Denmark before eventually losing by penalties to World Cup runner-up, Croatia, in a dramatic thriller. A soccer star in the UK and his native Denmark (and whose father hails from Brooklyn, New York, via Guyana), Braithwaite has been a leading factor, for his home team and for Denmark. He recently scored the goal that helped Denmark cinch its place atop the European rankings, but despite his impressive kick game, Braithwaite is actually making some pretty scores off the pitch.

In addition to co-founding a French clothing line, Braithwaite holds stakes in venture capitalism, and is also a quiet partner in a number of real estate developments in New York City. BLACK ENTERPRISE contributor Philip Michael sat down with Braithwaite to get the soccer star’s take on investments, what he looks for, and his favorite deal to date.

BLACK ENTERPRISE: What up, Champ?

BE: Let’s get right to it. You’ve always been into business. You have a number of interests off the field. Where does this interest come from?

Braithwaite: I come from a business family. My aunt is a successful broker in my hometown. My grandfather is a very successful businessman; so are his brothers. And I also know there’s a limited window to make money from football.

BE: What’s your favorite deal at the moment?

Braithwaite: Probably my New York real estate. We invested last year and the portfolio’s 4x’d since then. We’re doing the first smart home development in Jersey City, as well as a historic high-rise in one of the neighborhoods over there. Our clothing line [Trente] is also doing super well at the moment, all online sales.

BE: I’m sure you get pitched a bunch of crazy s**t all the time. What’s the craziest deal someone asked you to invest in?

Braithwaite: Some guys in Miami asked me to invest in concerts, said I’d get my money back 10x. Then you have the classic ones like restaurants. Tons of stupid shit.

BE: What do you look for in a deal? And what’s your favorite investment?

Braithwaite: You always want to look at the people first and foremost, you know that. So that’s really the key thing — have they had successful exits in the past? Have they been successful in their field? But more than anything, I make sure I structure any deal in a way that a) they have skin in the game, b) there’s an underlying asset that will retain value, and c) their earnings are contingent on performance.

Braithwaite: Well, on the value part, some app for instance, will have crazy valuations based on what they think they will do. Say we have a real estate deal. If we invest in something we’re not managing, the manager’s bonus has to come when my side gets paid. That way you’re protected.

BE: What’s next for you? As far as business?

Braithwaite: On the sport side, my goal is to make my team better and win every week. But the ultimate goal, from a business standpoint, is to make more money off the field than on it. We already see what happens to athletes when they retire; it’s not a pretty sight. Like I said earlier, we have a short window to make money so it’s all about setting the family up for the future; both on and off the pitch.

A version of this story appeared on WealthLAB. 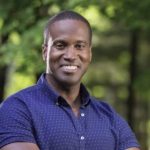 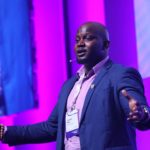 Philip Michael is an entrepreneur, real estate developer, and bestselling author. Philip's a former on-air host on SiriusXM and Fuse, and co-creator of DealFLW.com and real estate/personal finance site WealthLAB.co