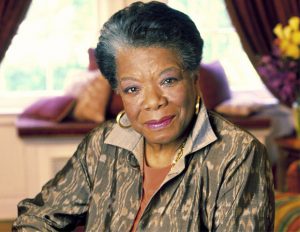 Her publicist Helen Brann, told CNN that she passed on Wednesday at her home in Winston-Salem, North Carolina.

Angelou’s invaluable literary and civil rights contributions to the African American community made her a international treasure and a living legend.

During her long distinguished career she was a singer, dancer, actress, composer, and Hollywood’s first female black director. She earned her most exceptional distinction as a writer, editor, essayist, playwright, and poet.

She delivered the inaugural poem, “On the Pulse of Morning,â€ at the swearing-in of former President Bill Clinton. Angelou was awarded the National Medal of Arts by Clinton as well.

She was also awarded the Presidential Medal of Freedom, the highest civilian honor in the country, by President Barack Obama.

As a civil rights activist, Angelou worked with both Martin Luther King Jr. and Malcolm X. She also spoke several languages, and worked as a newspaper editor in Egypt and Ghana. Her first autobiographical novel, “I Know Why The Caged Bird Sings” published in 1969 sold more than one million copies and has been translated into 17 languages.