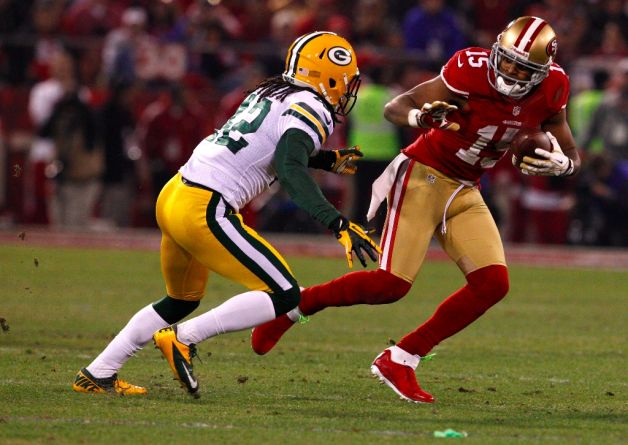 Business and civil rights leaders are staging a peaceful protest during the opening game of the San Francisco 49ers against the Green Bay Packers on Sunday, September 8th over the lack of minority contractor participation in the construction of the team’s new Levi Stadium.

The US Black Chamber of Commerce, San Francisco NAACP, National Association of Minority Contractors, Silicon Valley Black Chamber of Commerce, and the National Action Network are among the organizers rallying fans and the public in a call to action. African American and other minority owned businesses were allegedly shut out of the contracting process for the $1.2 billion new Santa Clara stadium for the 49ers.

Earlier this year, civil right lawyers along with groups that promote African American and Latino contractors and businesses, including the National Urban league, sent a letter toÂ the 49ers, the city of Santa Clara, and the NFL. The letter demanded that remedial measures be undertaken to rectify the situation, pointing out the discriminatory contracting practices for the construction and development of the stadium as approved by the Stadium Authority and carried out by Turner/Devcon Construction Contractors.

The group wrote that state law authorizing creation of the Stadium Authority requires a competitive process for awarding subcontracting work. While the new stadium project had the potential to provide significant opportunities for businesses throughout northern California, the list of subcontractors was almost completely devoid of minority business.

Now many from that consortium of business and civil rights groups will take their cause to the streets in front of the new stadium.

“If the 49ers knew and this is true that the Turner/Devcon joint venture, the contractor selected to build the stadium, submitted a list of “pre-qualified subcontractorsâ€ which had zero African American contractors,â€ says Carl Davis Jr, president and executive director of the Silicon Valley Black Chamber of Commerce. “What does that say about our 49ers? That black players are good enough to perform on the field but black business people are not good enough to build a stadium.â€

Civil rights groups argue that minority-owned companies should have received more of the contracts since about 80% of the 49ers team roster generating revenue are African-American players.

It has been reported that Turner and city officials claimed that under Proposition 209, an anti-affirmative-action law passed by California voters in 1996, they were required to be “color blindâ€ when they selected the firms that won roughly 60 public subcontracts, ranging from plumbing to electrical work to steel fabrication, which were worth more than $700 million.

Levi Strauss has also come under attack by protestors. The San Francisco jeans-maker put its name on the new stadium, paying $220.3 million to the city of Santa Clara and the 49ers to help pay for the construction.

Pepco Reaches Out to Diverse Suppliers

Ben Jealous to Step Down as President of NAACP