The Pros and Cons of Starting a Business With Friends 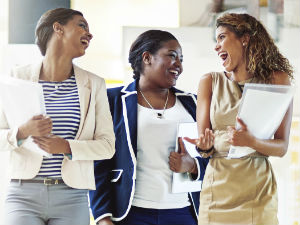 I first met Jonathan Wasserstrum, one of my best friends and now a co-founder of TheSquareFoot and our company’s CEO, nearly two decades ago. We became friends almost immediately after meeting in high school, and we’ve been buddies ever since. A few years later, when I went to college at UT, I met Justin Lee, another co-founder and our company’s COO.Â We always thought it would be cool to work together, so when a career and financial window opened for us three to take the leap, we figured, why not?

At the end of 2010 I was looking for office space for my old company, and the process seemed absurdly frustrating. I couldn’t believe that’s how it was done. So I called Jonathan, who had some experience in the industry, and asked him to describe to me the leasing process for an office space. He described the process exactly the way I was doing it. Doubtful, I called Justin, and he confirmed everything. Eventually I got through the leasing process, but those first phone calls initiated the idea for a better leasing process, and TheSquareFoot was born. Since that day a few years ago, we’ve been working together to make the office leasing process as simple as possible.

While working with your close friends has its pluses, you also run the risk of pushing each other’s buttons and disregarding that professional “line in the sand.â€ We were concerned about starting a business with friends, so before you start, take a look at the pros and cons.Â

Read the rest at www.businesscollective.com…