How To Enjoy Prom Season Without Breaking The Bank 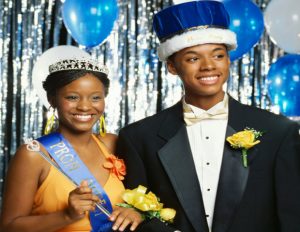 You can enjoy prom season without breaking the bank.

Find a quiet space and repeat this to yourself until you believe it. Then, have an annual conversation with the teens under your parental authority–starting their freshman year in high school, ideally–so that they understand this (even if they don’t like it), too.

According to a recent prom expense survey by Visa, an average of $919 was spent per prom-going teen in 2015. Fortunately, that’s significantly lower than when that spending peaked at more than $1,100 for prom season in 2013. However, depending on other factors, prom spending can be much higher than these averages. According to Visa’s survey, elaborate prom invitations alone–or “prom-posals,” which rival fancy wedding invitations–cost $324 on average.

Whatever your financial situation, it is neither necessary nor financially healthy to break the bank for prom season. Here are tips to save money without losing the magic of prom night.

The Tux: Don’t Rent It; Buy It

Go with the traditional black tux, so you can continue to wear it to formal events in the future, getting more bang for your buck. Buying a tux may not cost more than renting one. It’s possible to buy a nice tux for less than $150, especially if you avoid the fancy designer brand names that no one will know or care about on prom night. Also, you don’t have to worry about returning it or getting charged cleaning or other fees if it is soiled or damaged.

If your prom date is worried that your black tux won’t match her dress, match her chosen color with accessories, such as your tie, vest, pocket square, suspenders, or even socks! However, if your goal is to coordinate your outfit to match your date, resist the urge to splurge on accessories that you probably will never wear again, such as a top hat, cummerbund, walking stick, or shoes in a color that matches her dress. With a black tux, a pair of black leather dress shoes, which can be worn long after the prom (and you may already own), works just fine.

The Dress: Don’t Buy It; Rent or Borrow It

Parents of daughters (I raised three) already know that this is the most sensitive part of prom spending, because they (and other relatives) really get caught up in the excitement of prom season. Because of the emotions associated with this event as a rite of passage, it is easy to overpay for prom gowns. But trust me, she’ll still look like a princess, even if you consider two cost-saving options:

If You Just Have to Buy the Dress…

The options of borrowing or renting a prom dress might be tough sells, but do your best to remind yourself (and your princess) that it doesn’t make sense to break the bank for a dress she might never wear again after prom night. But, if she (or you) can’t bear the thought of not buying a new dress for the prom, at least follow these tips to save money:

By the way, unless you’re sure she will wear the dress in the future (again, not likely), be willing to loan it to another family member for their prom night. Or better, consider donating the dress to a nonprofit organization that collects them for girls from families that cannot afford to buy prom dresses, such as Project G.L.A.M.

Create a Prom Budget and Stick to It

Resist the urge to splurge, even if prom night only comes once in a lifetime. You and your teen should create a budget for prom season expenses, covering everything from the dress and shoes to transportation. Clearly determine who will pay for what–including what your child’s date or their parents will cover–when payments are due, and where the money will come from.

Then, stick to the budget–period.

Take your own pre-prom photos, instead of paying a professional photographer. Your kids will likely value the selfies with friends they’ll take on their own phones that night far more than the traditional prom night portrait shots, anyway. Most phone cameras are of high enough quality to deliver great digital photos, which you can convert to print inexpensively.

Also, remember, this is not your prom night. Insist that your teen pick up at least half–if not all–of prom-related expenses. The definition of “must have” will change dramatically when your children, not you, have to find a way to help pay for it. Teens become amazingly cost-conscious when they are required to earn and spend their own money, instead of yours.

Finally, help your child keep things in perspective. It does not make sense to go into debt, (or exhaust savings better used for college, a first apartment, a car, or other expense of new adulthood) just to finance an over-the-top prom season experience.

Black Enterprise Executive Editor-At-Large Alfred Edmond Jr. is an award-winning business and financial journalist, media executive, entrepreneurship expert, personal growth/relationship education coach, and co-founder of Grown Zone, a multimedia initiative focused on personal growth and healthy decision-making. This blog is dedicated to his thoughts about money, entrepreneurship, leadership and mentorship. Follow him on Twitter at @AlfredEdmondJr.

How to Remain Consistent in Business So You Can Earn More 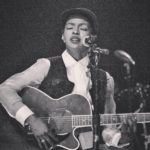