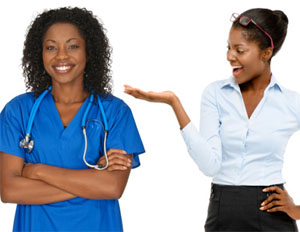 If you’ve never heard of the seven-year career myth, you’re not alone. Apparently it’s a theory that each person will have seven careers in their lives, and its a common saying among career counselors and advisers.

This common saying has been found to be a myth, with publications and institutions like The Wall Street Journal and the Bureau of Labor statistics supporting the notion that one can’t be sure how many professional paths they may take in their lifetime.

Career strategist Tyler Waye further explores this myth via Brazen Careerist detailing how you can make the most of your career path, whether you change seven times or 70. He writes:

Although you’ll have several jobs during your lifetime, you’ll only have one career
You’ll only have one body of work to shape, create and leave behind. Grandiose as it may sound, it’s true. The belief that we’ll have seven careers during our working lifetime leads us astray because it’s the wrong way to think about work. …

By jumping from career to career, it’s easy to develop aÂ  mentality that says, “I’ll just go do what is asked of me.â€ In some ways, there’s nothing wrong with that mentality. We all need to learn on the job. But our career learning needs a purpose. It needs a goal that ties it all together.

Successful careers are not built by jumping from one thing to the next without building off previous work. Rather, success comes from becoming good at something.

Waye further advises young professionals to “block out the noise. Jobs can be quickly changed, yet true skill takes time to build. Success doesn’t come any other way.”

How to Give the Gift of Meals This Holiday Season