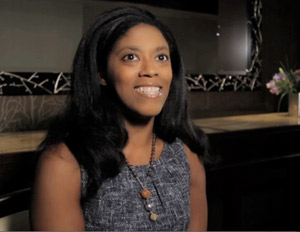 Mentored by the great Stephen Byrd, Alia M. Jones has had her hand in the revival of some of the theatre world’s greatest work. In 2008, she co-produced noted playwright Tennessee Williams‘ Cat On a Hot Tin Roof, which starred Terrence Howard, Phylicia Rashad, James Earl Jones, and Anika Noni Rose. Her latest project digs back into Williams’ catalog for the Broadway revival of A Streetcar Named Desire. Featuring an all-star cast–Blair Underwood, Nicole Ari Parker and Wood Harris–the production continues the modernization of classic plays by including primarily African American casts. BlackEnterprise.com caught up with Jones, who explains why featuring an all-Black cast is more true to the neighborhoods depicted and her experiences getting people of color on the stage and in the seats.

Interested in seeing A Streetcar Named Desire live on Broadway? Log on toÂ BroadwayOffers.com or call 212 947-8844 and use the “ASFLY79â€³ discount code to get 35% off the regular ticket price. Offer valid on select performances and seat locations. Restrictions may apply.