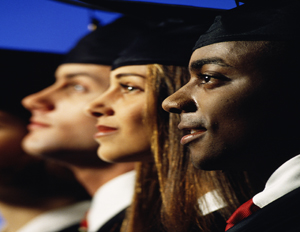 Do hefty student loan payments have you tightening your belt until the buckle is about to pop off? If you’re having difficulty paying off your student loans, help might be on the way.

President Obama plans to enact regulations that would give close to five million federal direct student loan borrowers the chance to cap their student loan payments at 10% of their income.

President Obama also announced additional executive actions with the goal of assisting federal student loan borrowers. A special focus will be on borrowers who might be more likely to default on their student loans.

Says the White House in a written statement:

“Over the past three decades, the average tuition at a public four-year college has more than a tripled, while a typical family’s income has barely budged. As a result, more students than ever before are relying on student loans to pay for their college education. Today, 71 percent of students earning a bachelor’s degree graduate with debt, which averages $29,400. While most students are able to repay their loans, many feel burdened by debt, especially as they seek to start a family, buy a home, launch a business, or save for retirement.â€

The White House also announced that on Tuesday, June 10, at 4:00 p.m. (EST), President Obama will hold his first Tumblr Q&A to answer questions about education, college affordability, and reducing student loan debt. Questions can be submitted at ObamaIRL.tumblr.com.

A To Z: What You Must Have and Know To Get A Small Business Loan