Barak Obama is Proud of Daughters' Activism 'On Their Own Initiative'

This has been a year that will be talked about forever with the likes of the coronavirus pandemic, the presidential election, and the fight against systemic racism and police brutality. In the midst of it all, President Obama tells People magazine that his two daughters, Sasha and Malia, participated in demonstrations this past summer “on their own initiative.”

“I didn’t have to give them a lot of advice because they had a very clear sense of what was right and what was wrong and [of] their own agency and the power of their voice and the need to participate,” Obama tells People. “Malia and Sasha found their own ways to get involved with the demonstrations and activism that you saw with young people this summer, without any prompting from Michelle and myself, on their own initiative.”

He also mentioned his daughters’ mindset when it comes to wanting to be involved in the current climate.

“I think a couple of times they asked for sort of very specific suggestions about what would be the best way to communicate X or what would be the most useful thing that, if we were mobilizing a whole bunch of friends, to have an impact, what should we be doing?” he says. “But they didn’t need to be encouraged. Their attitude was — we’ve seen something wrong and we want to fix it, and we think we can fix it. And we understand that it’s not gonna take just a day or a week or one march to fix it. But we’re in it for the long haul.”

Obama sat down with People to promote his latest best-selling memoir, A Promised Land, which was released last week. The former POTUS sold nearly 890,000 copies in the United States and Canada in the first 24 hours of its release. This is putting the Obama memoir on pace to be the best-selling presidential memoir in modern history. 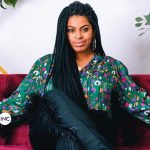 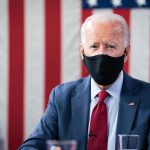 CDC Official Says The Agency Is Ready For Biden Transition: ‘This Is What We’ve Been Waiting For’