How One Woman Said Goodbye to Dead-End Jobs 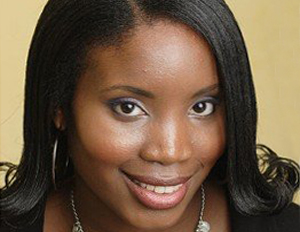 Today’s business market is more global than ever, with women making international boss moves from coast to coast. In a special series on women entrepreneurs of the diaspora, BlackEnterprise.com will bring you highlights on power females who have taken their passions and made them profitable— from North America to Europe to Africa and everywhere in between.

Daniella Genas is the founder and director of Aspire4u, an event management and youth training company based in Birmingham, England. The firm coordinates corporate and community events as well as training and vocational work experience opportunities for young people from disadvantaged backgrounds.

BlackEnterprise.com spoke to the British businesswoman about how a series of unfulfilling jobs led to becoming her own boss.

BlackEnterprise.com: Talk about how you came into making the decision to go from employee to self-employed?

Genas: After graduating from university, I embarked upon a year of temporary jobs. After three months at each job, I would quit for one reason or the other. I felt totally unfulfilled.

At university, I’d been very active as president of the African Caribbean Society and coordinated a variety of events. Along with a few of my graduate friends, we decided to use this as a starting point for an event management business. The rest, as they say, is history.

Did you always know that you would start your own business?

I always knew I would end up working for myself but always assumed it would be in media. I thought I would run my own magazine or have my own television show like Oprah Winfrey. I’ve always had an entrepreneurial spirit, so I’ve always known deep down that I wasn’t destined to work for others.

If you could turn back the clock would you do anything differently?

I would do lots of things differently. I would seek professional advice earlier on rather than thinking I knew best. I would start my business much earlier rather than wasting a year in dead-end jobs. I would do a lot more networking with relevant people. The main thing I would do is spend more time planning the business before starting it.

What has been your biggest triumph?

My biggest triumph has been getting an office and employing people to work for me. It’s been incredibly scary but at the same time incredibly exciting. Having staff and an office makes the whole experience of having a business that much more real.

Octavia Goredema, MBE is founder of the Twenty Ten Club , an award-winning, U.K.-based networking organization and resource designed to connect, inspire and support black female entrepreneurs. Named one of the UK’s Social Enterprises of the Year at the Future 100 awards, the Twenty Ten Club was a Leadership in the Community finalist at the 2011 Network of Aspiring Women Awards and a Best Business Blog finalist at the Black Weblog Awards in 2010–the only British site to reach the finals in the business category.

I’ll Get To It: How Procrastination Can Actually Help Your Career

Most Ridiculous Reality TV Moments of 2012