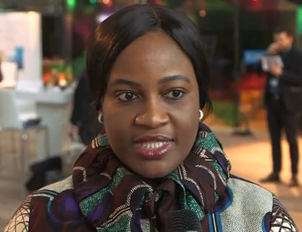 Nigeria has become the biggest economy in Africa, with a GDP of more than $521 billion. Despite economic challenges, in terms of employment and infrastructure, the country is more than an emerging market for entrepreneurship and success—it’s a gold mine of opportunities for innovators and enterprising professionals from around the world.

Chinelo Anohu-Amazu, a London School of Economics-trained lawyer, plays a pivotal role in the country’s fiscal growth, serving as director general of the National Pension Commission. A native of Anambra State, a southeastern region of the country, she has also studied at Harvard, Columbia and Wharton and decided to take her knowledge and experiences back to her home to climb the ranks, and become one of the most powerful financial leaders in the country.

Growth of the country’s pension offerings has contributed to increasing Nigeria’s potential for a larger seat at the global private equity table. Under her leadership, pension contributors grew to more than 5 million, and fund assets have come out of a deficit. She also established the commission’s Contact Centre to improve customer service for the pension industry, and served as a member of the Pension Reform Committee whose efforts led to major overhauls of the system via the Pension Reform Acts of 2004 and 2014.

Her career has taken her from Africa, to London, to the U.S., where she served as a consultant to the Bioresources Development and Conservation Program in Maryland.

BlackEnterprise.com caught up with this busy family woman to find out how she’s climbed the ladder of success in a country where calling governmental and business shots are, often, reserved for men. She encourages young women in the diaspora to find and embrace their power.

BlackEnterprise.com: What are three vital things that have been key to your career advancement as a global leader?

Chinelo Anohu-Amazu: Resilience, determination, and personal integrity. First, one needs to be resilient in order to survive the vagaries of career progression; especially in the public sector of developing economies. Stay focused on a chosen career path, especially in times where women have been expected to be homemakers and nothing more. It’s also vital to be extremely professional. Most importantly, one has to maintain a high sense of integrity, in navigating the rather complex maze of public service, in order to avoid needless distractions and remain committed to providing value-based, visionary leadership.

What would be the biggest challenges you face as a female leader, and how do you overcome them?

By far, the biggest challenge I face, as a female leader in a male-dominated space, is that of an unwitting, institutional conspiracy that seeks to stifle the emergence of thought-leaders simply because of age-long gender bias and prejudices. Institutional conspiracy, in this context, refers to the reluctance of stakeholders to accept the fact that the ‘African girl’ child has been liberated, and has come of age. It also connotes the gang-up, so to speak, of stakeholders against the ascendancy of women; especially in the public sector. While this institutional conspiracy can be attributed to a plethora of factors, it needs to be pointed out that it is essentially grounded in ignorance; as women the world-over have obtained positions of responsibility in both the public and private spheres. As a leader, I deal with this by simply striving to excel in the delivery of my statutory mandate, and in the final analysis: efficiency; not gender, is what counts.

How to Make a Million Dollars by Blogging