From Poverty to Politics: This GOP Strategist Is Making Waves 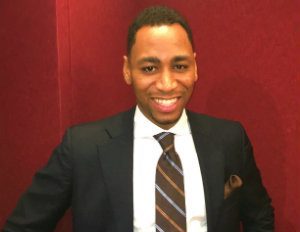 Growing up in the housing projects on the Southside of Chicago, Gianno Caldwell had the odds stacked against. His mother oftentimes chose crack cocaine and heroin over Caldwell and his eight siblings. In a place where, to date, the murder rate has exceeded 600 people (according to the Wall Street Journal), many would say there was no way out for Caldwell.

However, Caldwell was fortunate to have a periodic out–weekends working for his grandfather’s thriving business, Modern Plumbing and Sewage. It was there, working as a plumbing assistant that he learned the concept of personal responsibility, the fundamentals of manhood, and the basics of politics in America. One day, on a car ride home, CaldwellÂ spotted a woman who resembled his mother. She was badly addicted to drugs; so bad that it brought tears to his eyes. In that moment, his grandfather told him that it was the elected officials that made the laws that could save this woman from her addiction and maybe even herself. That conversation sparked Caldwell’s passion for politics.

The next week he marched into his local alderman’s office and volunteered to serve over 60,000 Chicago residents. He acknowledges that “you never know how a very negative situation can be a very positive thing to someone else.â€ This life motto has transformed Caldwell’s unfortunate home life into a life of purpose and prosperity.

Since then, he has worked on Capitol Hill, been appointed aÂ special adviser to a presidential campaign, and petitioned for health, energy, and telecommunications reform. His mission, from day one, has been to help people. At 26, Caldwell left Capitol Hill to become founder and CEO of Caldwell Strategic Consulting, a bipartisan lobbying, public affairs, and consulting firm. His greatest accomplishment has been working with congressional leadership to reverse federal agency action that would require a safety net hospital on the Southside of Chicago to close its doors.

Caldwell sat down with Black Enterprise to discuss why a person’s background doesn’t preclude them from excelling in the business of politics.

BE: How long have you been in politics?

Â BE: What inspired you to make this career choice?

Caldwell:Â I thought I could make a true difference. I saw politics as the way to create social change the quickest.

BE: What is it about politics that’s intrigues you?Â

Caldwell:Â If used properly, being in politics, you can change lives and fix systems; it’s a powerful tool.

BE: What has been a highlight of your career in politics? Â

Caldwell:Â Working as a lobbyist has been the light for me. I see lobbyists as educators. We go to elected officials and educate them on an issue that our clients have or the potential impact of pending legislation on our clients’ business, the politicians, and the constituents.

BE: What impact do you want to have in the political landscape? Â

Caldwell:Â My impact is twofold. In media–my goal is to give a broader range to the conversation in the black community via television, radio, and internet appearances. As a lobbyist, I like to use my Southside of Chicago mindset to impact the opinions of the few that speak for millions.

BE: What unique opportunities have you been afforded as a man of color in politics, if any? Â

Caldwell:Â Considering how I grew up, and then becoming a Republican, my experiences make me fairly unique. I often get criticized for my perspective from those who haven’t done their due diligence in either getting to know me and/or my position on the issues.

Caldwell’s quick tips for staying inspired in the field of politics:

Caldwell stays inspired through the legacy of his first ever mentor, his grandfather–the man who taught him the concepts of personal responsibility and personal resolve. He believes, in spite of what anyone says or does, there’s no one or “no thingâ€ that can stop you from being a success but you.

For more info on GiannoÂ Caldwell, check out his bioÂ here.

Janell Stephens Is Taking Camille Rose Naturals to the Top

Crystal I. Berger is author of "Be Extraordinary: Claiming a Life of Purpose, Passion and Prosperity." She's a motivational speaker, host and producer/writer. Check out her podcast "Extraordinary" on FOX News Radio. Crystal writes for FOX News Opinions and FOX News Magazine in addition to being a fill-in host for Joy In Our Town on the Trinity Broadcasting Network. Follow Crystal @cbinspires and hashtag #BeEXTRA and #BEInspired always!