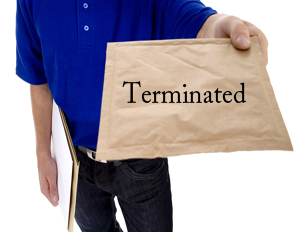 Postal jobs have long been popular among African American, middle class families, as they often guaranteed prestige, a good living and opportunities for growth. But according to Reuters, that legacy is diminishing, with the U.S. Postal Service having eliminated 168,000 jobs since 2006. More cuts are expected, meaning major economic challenges for minority workers.

According to the report, African Americans make up about 20% of U.S. Postal Service professionals and are the majority in some urban centers, representing 75% to 80% of the 5,000 letter carriers in the Chicago area alone, according to Mack Julion, president of the Chicago branch of the National Association of Letter Carriers.

The report adds: “The slower recovery for African-Americans in the labor market has, in part, been the result of government layoffs after the end of the recession was declared, according to the DOL report.” Overall, black unemployment remains high at 14%, almostÂ  double that of whites.

The Postal Service has seen a hit due to the preference of e-mail among consumers, as well as hefty retiree payments to the government. Its board of governors met recently to discuss cost-cutting measures to strengthen the service’s finances after losing more than $15 billion in fiscal year 2012.

Self-funded by postage sales, the Postal Service attributes most of the losses on a pre-funding requirement enacted by Congress in 2006 that requires it to make annual payments of nearly $5.5 billion in health benefits for future retirees.

This comes on the heels of Black History Month, where several luminaries of their industries who were once postal workers, including “The Jeffersons” actor Sherman Hemsley; Harlem Renaissance author Richard Wright; Naval pioneer Samuel Gravely Jr; and innovative surgeon and researcher Charles Drew.

Constantly Changing Gigs? Here’s Why You Should Set Some Roots