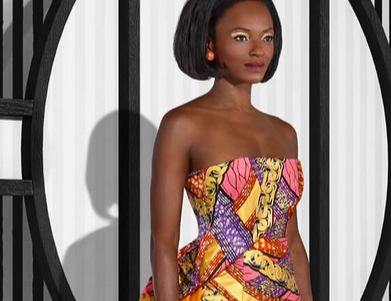 Fashion Week will soon be back in New York, with thousands of industry professionals, designers, and lovers of style coming together in one of the world’s top retail centers. More than 100,000 people convene for Fashion Week, taking in the events, shows, and networking that comes with the anticipated time of year. Entrepreneurs and advocates of diversity even have their own events, such as New York Fashion Week Africa, attracting more global fashionistas and dapper Dans, and showcasing theÂ talents and vibrancy of black fashion innovators.

As with any Fashion Week experience, comes great conversation around the designs and wares. And with that conversation often comes the common snafu of mispronunciation of everything from designer names to fabrics – especially when talking about global textiles and innovators.

Today at BlackEnterprise.com, we’ve got a bit of a reprise for you—a cheat sheet that goes beyond your usual Givenchy (ZHEE-von-SHE) tutorial into terms more closely related to the African diaspora’s role in innovating fashion. All of which should become part of your style vocab:

1. Ankara (Ahn-kah-Rah): This African wax print—which, according to some sources, actually has Dutch origins—picked up momentum on mainstream catwalks but has been a mainstay among the most fashionable elite across Africa and the diaspora. From Beyonce and Solange to Hollywood and Nollywood, this print doesn’t seem to be losing its popularity, and variations of it are sure to be seen among top designs – especially sinceÂ Africa’s textile and apparel exports to the United States are expected to quadruple to $4 billion over the next decade!

2. Cloque (Clo-Kay): This fabric, characterized by a raised, luxe texture, was part of Tracy Reese’s spring 2015 line. And this year she’s set to hit the runway with designs for 2016. This fabric is no stranger to the fashion world as various designers have incorporated it—or something like it—into everything from haute couture to ready to wear.

3. Asikere Afana (Ah-See-Keh-Ray Ah-Fawn-Ah):Â Presenting at New York Fashion Week Africa (which starts Sept. 11), this emerging designer is of Ghanaian and Jamaican descent and offers vibrant printed dresses, shorts, and tops that are sure to be staples for years to come.

4. Onyii & Co. (Own-Yee & Co.): This line has gotten quite a bit of a popular exposure, with features on Zuvaa and Racked,Â as well as Refinery 29. The design house also presented duringÂ Â New York Fashion Week Africa.

5. David Tlale (Day-vid Tlah-Lay): This South African designer is a vet of New York Fashion Week, and though he won’t be showcasing on the main catwalks for New York Fashion Week in September, any conversation about ‘who’s who’ in global fashion typically includes him. He was recently featured in the September issue of Marie Claire.