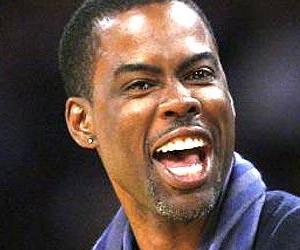 As legendary comedian Chris Rock continued to knock out press rounds in preparation for his Top Five debut, he had a shocking admission.

In a recent interview, Rock said that Kanye West’s 2010 album, My Beautiful Dark Twisted Fantasy, is better than Thriller. Apparently, the 49-year-old funny man loves listening to “Runawayâ€ and “All of the Lightsâ€ over “Beat Itâ€ and “Billie Jean.â€

“Kanye’s the best,â€ Rock said in a room full of hip-hop journalists and icons such as Angie Martinez and Ed Lover. “He might be the only guy that did party records that make you think.â€ Famously, West placed himself on a “self-imposed exileâ€ to Hawaii, where he conceived the project, and once released – it instantly went platinum and spent 32 weeks on the Billboard chart.

“My Beautiful Dark Twisted Fantasy is probably the best piece of music made in the last 25, 30 years. It’s better than Thriller… There’s no “Baby Be Mineâ€ on that record,â€ Rock admitted.

What do you think? Is Chris Rock right in his assessment? Leave your comments below.