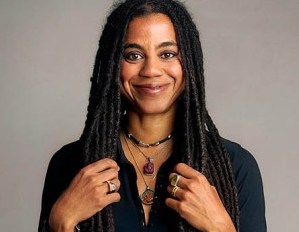 It has been ten years since playwright and screenwriter Suzan-Lori Parks made her Broadway debut with Topdog/Uderdog, for which she won the Pulitzer Prize for Drama. Parks also received a Tony Award nomination for her play about two African American brothers, starring Jeffrey Wright and Mos Def. Now Parks is back on Broadway this season with her reinterpretation of The Gershwins’ Porgy and Bess, a new musical starring four-time Tony Award winner Audra McDonald as Bess. A McArthur Foundation “Geniusâ€ Grant recipient, Parks’ other works include the plays Venus, 365 Days/365 Plays, and The Book of Grace, as well as the screenplays Their Eyes Were Watching God and Girl 6. Her Ray Charles musical, Unchain My Heart, is scheduled to premiere on Broadway next year.

BlackEnterprise.com talked to Parks about her return to the Great White Way and her adaptation of George and Ira Gershwin’s classic folk opera Porgy and Bess into a Broadway musical.

Blackenterprise.com: What does it feel like coming to Broadway now compared to your debut with Topdog/Underdog nearly a decade ago?

Parks: It’s definitely not a ‘been there done that’ feeling. There is something about being on Broadway that feels new. It is only my second time. It’s a different show. It’s a musical. I wrote Topdog/Underdog. I am the book adapter on Porgy and Bess. It didn’t spring fully formed out of my own head. Topdog was a two-person show. But this musical is an enormous enterprise. Topdog was groundbreaking in a lot of ways. And I have to say so is this show. So, I feel that I am breaking ground again. I’m blazing another trail.

How did you get involved with this production, what drew you to the project?

The producers sought me out. Diane Paulus (the show’s director) called me up and said I am doing a revival of Porgy and Bess. Would you like to work on the adaptation of the book? I said how many writers are you thinking of. She said just you. And I said okay; I’ll do it. There’s the novel Porgy, there’s the play called Porgy, and of course, there’s the brilliant opera Porgy and Bess. Diane sent me the libretto and the score, and I fell in love with it. With the musical I get to go back and pull something that’s a classic from 75 years ago and bring it to audiences of today. It wasn’t daunting for me. As the first black woman to win the Pulitzer Prize for Drama, after you do that you can take on anything. I had James Baldwin as my creative writing teacher back in the day (at Mount Holyoke College). I’ve had the best training.