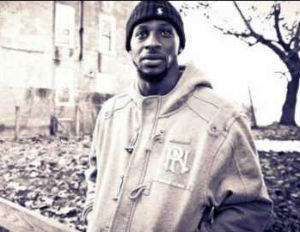 Despite being the hometown to legends such as Frankie Beverly, The Roots, Eve, Floetry and Jill Scott, the music scene in Philadelphia is often left out of the conversation as one of the city’s distinctive qualities. Unknowing to many, Philadelphia continues to breathe air into fresh, emerging talent throughout the past few decades.

One artist who is proving to make a name for himself is Mai Spann-Wilson. The emerging poet, singer and songwriter, attributes the city as having a tremendous impact on his music. Being born in the cradle of the hip hop genre, it’s no surprise that it also serves as an ever present soundtrack to his life.

But Mai is so much more than the music. Celebrating the recent release of his first album, On The Other Side, the activist hopes to inspire youth to escape beyond the city limits to achieve their dreams. He does this simply in knowing that urban youth are still inspired by at least one thing: Music. Specifically, the music and lifestyle associated with hip hop culture. Mai knows that at its core, hip hop is a critical, creative, prophetic, dialogical space, or an open “cipher” where all have a voice. Recently receiving his Masters in Social Work from Temple University, he merges his “otherâ€ full time role as a social worker to give youth that voice they deserve.

BlackEnterprise.com recently caught up with the multi-talented artist to discuss his recent album release, the challenges of funding his own project, how he juggles his full-time professional life with his music, and how he hopes to inspire Philadelphia youth.

BlackEnterprise.com: Tell us about the inspiration for your debut album.

Mai Spann-Wilson: I finished my first studio album On The Other Side and released it to the public September 20th. On The Other Side is not just an album but also a movement! This album was created out of conversation I had with a youth I was mentoring in Philly who stated, “I’m tired of seeing the same four blocks. I want to see something different…I want to see a waterfall.” This experience inspired me to start working on a nationwide movement that would take urban youth out of their daily environment and expose them to a beautiful and easily accessible area of their city that they never visited before.

BE: What sets you apart from other emerging artists in Philadelphia?

MSW: What sets me apart from other artists is that I have been writing and creating music since I was child. I am from the last generation that knows what it’s like to cover the bottom of a cassette with tape and record your raps in a tape player. I’ve always been more interested in creating my own music than playing other artists’ music. It was growing up in a household where my father owned thousands of records and CDs. He could have started a record store and his massive collection was of all genres. Then, being influenced by my mother who was a classically trained singer, and she had an acapella singing group since I was about 8 years old. I was always around music and fell in love with the harmonies. This influenced me to write and I started writing at age 8 and never stopped. I was a poet before anything and found out that I could get out my emotions if I put them on the pen and a pad.

BE: What artists have inspired your sound? Give us background on your most recent project.

MSW: Well as a poet/emcee Nas, Common, Mos Def, DMX, Busta Rhymes, Black Thought from the Roots, Saul Williams, Black Ice, Wu Tang, andÂ Lauryn Hill. As a songwriter and singer I would say Donny Hathaway, Anthony David, India Arie, Babyface, Stevie Wonder, Eric Roberson, Erykah Badu, Musiq Soulchild, Marvin Gaye and Boyz 2 Men. Meeting Jill Scott and Trey Songz had a big influence on me as an artist. They both gave me advice about improving my vocals and being a better performer on stage.

I finished my first studio album, “On The Other Side,” and released it to the public September 20th. This was an amazing process because not only did I make most of the beats, but I executive produced the album. The way I was able to do that was by treating each song as its own project. I wouldn’t move onto another song until I felt like each instrument and each vocal was as perfect as I could get it.

BE: You recently raised money to release your most recent album — what were the challenges of releasing the project on your own?

MSW: There were a lot of challenges. All the background work it takes to mix and master an album after you record it was a lot. Making sure I had all the album art, organizing tracks, and picking a package deal for disc makers so they could actually produce CDs and sell it on iTunes. I raised $10,000 using Kickstarter and managing that money wasn’t an easy task. I had to pay for studio time, making CDs, set up an artist release party, make flyers, etc. By the time I was done I had no money left and ended spending some of my own. Lastly, trying to do all the marketing after the album was finished, setting up interviews, shows, and getting it out through social media. I was burnt out trying to play the Artist/Manager/Publicist.

BE: How do you balance your music and professional career?

MSW: Whatever I do I make sure I have a creative outlet. I just finished my Masters in Social Work at Temple and when everyone else did PowerPoint presentations I brought my keyboard and sang in my presentation. Working in the social work field can be very stressful. The stress I experience working with youth often influences me to write and create new music. If you listen to my album you can hear how their stories are being told through. Specifically in the song, “On The Other Side,” I tell a story from both the male and female perspective based on experiences I’ve had working with youth in Philadelphia.

BE: If you could change one thing about the music industry, what would it be and why?

MSW: Wow! I think the Internet has really hurt the industry as far as record sales. I am a 90’s baby. I miss going to the record store and getting hype when an artist had a release date for a new album. I remember how big of a deal it was when music videos used to come out. Like when Michael Jackson dropped the “Remember The Time” video, it was a world premiere on MTV. Now with the Internet, music videos have become the norm for all artists both established and aspiring.

BE: How do you hope to use your music to inspire others?

MSW: I make music that inspires growth and challenges people to reflect on their own life experiences. My goal is to always make music that is catchy and uses unique instrumentation so that people can enjoy the music. My greatest hope is that people actually live with the music and allow themselves to be empowered by the lyrics. I hope that people can see my passion for storytelling and letting human experiences flow through me. The concept of the album title is something we all can relate to. This idea that we want make it to the other side. Whether we are stuck in a bad neighborhood, struggling with finances, or chasing our dreams, we all want to make it to the other side.

BE: What’s next beyond the music?

MSW: Beyond the music? I am trying to get up all in the music! I can say that people have always referred to me as a renaissance man. I see myself more as Jamie Foxx, Harry Belafonte, or Paul Roberson. I don’t just want to be known as a rapper, singer, or piano player. I want to do great work in this world as an activist, mentor, and intellectual. My goal is for music to always reflect that. My name means a leader spiritually and intellectually and I try to live by that. I plan to do great work in the field of social work, but I already got my masters out the way while I am young. My main focus in life is to see how far I can go in the music industry. My role as a therapist isn’t going anywhere!