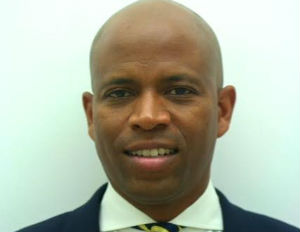 Wendell Haskins is the newly appointed Senior Director for Diversity at the PGA of America.

The PGA of America on Friday announced it named Wendell Haskins as Senior Director of Diversity and Multi-Cultural Initiatives.

“We’re delighted to have such an accomplished talent in the fields of diversity, multi-cultural inclusion, sports and entertainment as Wendell Haskins join the PGA of America,” said PGA CEO Pete Bevacqua in a PGA-issued statement. “Wendell brings a background that shows the path and blueprint the game of golf must follow in order to advance our great game to people of all ethnic and socio-economic backgrounds. The PGA is excited about the opportunities that exist to partner with sports, entertainment and industry icons to make golf a game for all.”

Haskins’ resume boasts a stint at Def Jam, where he was Director of A&R/Artist Development. A biography says he was given the 2009 Outstanding Leader in Golf Award by African American Golfer’s Digest, and was the 2012 Ambassador of the Year by Golf to End Cancer. Haskins was also the brains behind the Original Tee Golf Classic and the Soul Train Invitational, a fundraiser for the Don Cornelius Foundation, the PGA said.

“I’m excited about the leadership opportunity here at the PGA to engage a more diverse, multicultural audience,” said Mr. Haskins, 46. “The PGA of America has a tremendous influence over growing the game, and there are people who are influencers in sports and entertainment who move needles. We can work with them to serve as ambassadors for golf, in order to help the game grow to new heights. These people play golf avidly, and they have so much influence on youth culture. They seek golf out as a cool alternative.”