People Trust Google News More Than Any Other News Source 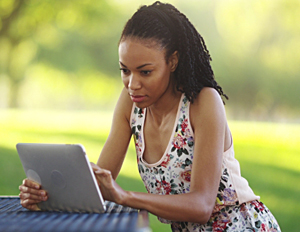 63% of more than 33,000 surveyed responded that search engines were the most reliable source of news and information. The second more trusted was news from traditional media (newspapers and magazines), at 58%. Online media is the third most trusted news source, next is owned media, and last is social media.

Trust of media increased overall, worldwide. The biggest increase of people trusting media was in the United States, up 16 points from last year’s survey. People in Canada, the U.K. and Hong Kong also trust the media more than last year.

Search engines such as Google News don’t create original news pieces, however. They aggregate news from online sources. Google News gathers online news and information from over 4500 sources from all over the globe.

The survey results are part of the 2016 Edelman Trust Barometer from research firm Edelman Berland. From the firm’s press release the profiles of those surveyed consisted of “1,150 general population respondents age 18 and over, 500 informed public respondents in the U.S. and China, and 200 informed public respondents in all other countries representing 15% of the total population across 28 countries. All informed publics met the following criteria: ages 25-64, college-educated; household income in the top 25% for their age in their country; report significant media consumption and engagement in business news and public policy.â€

The full report is available in Edelman Berland’s site.

IT Professional Launches Program For Remote Workers to Travel the World