People of Color Will Be Majority Working Class by 2032 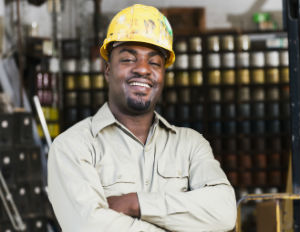 As policymakers in the United States struggle to remedy socioeconomic factors like income inequality and the wealth gap, some evolutionary trends are taking place that will change the racial dynamic in America’s workforce.

In a new paper, EPI economist and director of the Project on Race, Ethnicity, and the Economy (PREE), Valerie Rawlston Wilson projects that people of color will be a majority of the working class by 2032.

This is 11 years sooner than the Census Bureau projection for the overall population, which becomes “majority-minorityâ€ in 2043, due in large parts to increases in birth rates, and the international migration of nonwhites.

Rawlston Wilson, and the paper’s author, says this new reality of the workforce should be a wake-up call to policymakers.

“It is important to realize that the working class (who Rawlston Wilson defines as working people without a college degree), is more diverse than stereotypical images of white men in blue-collar jobs suggest,â€ says Rawlston Wilson.

The study also highlights the age demographics of our new non-white working class, finding that:

Among Rawlston Wilson’s key takeaways for the new minority-majority workforce is that current minority groups are going to have to move beyond their own differences so that they can be a powerful collective voice in the development of policies to address current inequalities.

“As the United States continues to undergo this demographic shift, we have to think in terms of big structural and policy changes that help to advance greater equality, expand opportunity for all, and yield universal benefits to the economy,â€ says Wilson.
“This includes empowering workers to secure gainful employment, bargain for higher wages, and achieve racial and gender pay equity; closing gaps in student achievement and access to college; protecting voting rights; and enacting immigration and criminal justice reform.â€

Golf and Tennis Challenge: MC Lyte Set to Light it Up 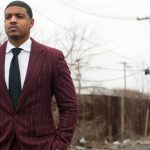