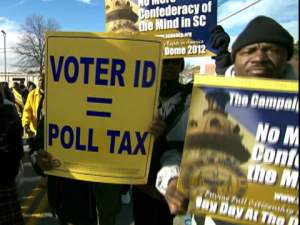 In one of the country’s most high-profile voter ID cases, a Pennsylvania Commonwealth judge has ordered an injunction to block the state’s strict photo ID law.

The law, which was passed by the state’s Republican-controlled government, required voters to produce a government-issued photo ID in order to cast their ballots–which has been highly criticized by advocates who say it discriminates against minority, low-income and elderly voters, among others.

Pennsylvania is one of many states that passed photo ID laws, many of which are being contested in court. The injunction comes just in time for the November presidential election.