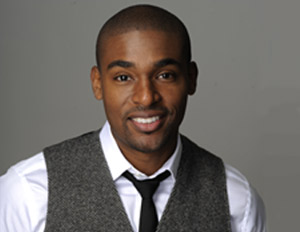 It took a while for matchmaker Paul Carrick Brunson, to meet his match career wise. The New York native explored investment banking before leaving it high and dry for an entrepreneurial pet software venture in Washington, DC. When selling animal shelter data to pharmaceutical manufacturers proved less than lucrative, Brunson had no problem parting ways with that, too. “We had no revenues and crazy expenses,â€ explains the Georgetown business grad. “We were worth over a million dollars on paper but it was all on paper.â€

At a career crossroads once more, Brunson rebounded with a position at Kaplan‘s Washington, DC international center, serving as its youngest and first African American director. His full-time gig, however, could not completely hold his attention. Brunson simultaneously created a non-profit called Blue Print that would use Kaplan’s resources and provide free preparation to underserved youth. He simply needed financial backing. “I pitched it to the CEO of Kaplan,â€ Brunson remembers. “I even pitched it to numerous prominent Black organizations, but everyone said no.â€ Grappling with rejection, the serial career-shifter refocused on his day-to-day at Kaplan until a group of Turkish dignitaries visited and changed things once again.

A tour of the center, an invitation to dinner and flight to Istanbul later, Brunson found himself in a long-term committed relationship with a Turkish family that owned the largest educational institution in the Middle East. He spent five years working on an investment division for the family’s already lucrative educational foundation in Turkey and also gained funding for his non-profit. “Everyone with the exception of my wife and my mother told me not to go to Turkey,â€ says Brunson. “But, I got back from Istanbul and quit Kaplan the following Monday.â€

Finally, after five years of working for the Turkish family, Brunson decided to settle down but not with the Middle Eastern country’s 23rd billionaire. Instead, he decided to go into business for himself. “I call it the Obama epiphany,â€ explains Brunson, of his final career switch. “Watching Obama stand in Grant Park I thought, ‘Damn, I really can do anything.’ I had been successful in business but at that moment I was truly stripped of limit. I decided to go after passion.â€

That passion was rebuilding the Black family structure, which Brunson and his wife of 10 years had been brainstorming ways to help strengthen. They were inspired after taking part in a summer program with 100 children who were all from single-parent homes. Hosting dinner parties as a way of introducing young Black singles to one another was their first step. Then, Brunson got word of a matchmaking conference. “There were 250 people at this conference but not one was under the age of 40 nor Black and only five were men,â€ he says. “That was my light bulb moment.â€

Brunson quickly began an apprenticeship with Harvard Business school graduate and matchmaker extraordinaire, Rachel Greenwald. “They all thought I was crazy for leaving a ‘stable’ job,â€ Brunson says of his peers. “But, there’s no such thing. Everyone can be replaced.â€ With a growth rate of 11 percent in the love industry and Blacks using relationship tools more than any other ethnicity, the odds were actually in his favor. After self-study and acquiring his life-coaching certificate, Brunson began taking on pro-bono clients and founded OneDegreeFrom.Me, a matchmaking and relationship coaching service, by the end of 2009.

OneDegreeFrom.Me has since expanded to include multi-city speed dating events, a media division, online ventures, and viral video campaigns, all while maintaining matchmaking rates of $6,000 for six months and $10,000 for a year. Primarily servicing singles in the metropolitan areas of New York City, Philadelphia, Baltimore and DC, Brunson has clients across the country. Though surprising to some, he was confident in the potential of his business from the start, simply putting it: “Black people love, too.â€

Brunson credits his success to following his heart and approaching the business with diligence. The same, he says, goes for relationships: “There’s a fallacy around a matchmaker doing all the work. People who aren’t satisfied with the service are normally the ones who don’t put time and energy into it.â€

When asked of his matchmaking abilities in the early years with his wife Brunson stresses that it is definitely a skill he grew into. “I am a matchmaker now,â€ he laughs. “Like everything else, my relationship with my wife took work.â€

10 Steps to Self-Publish Your Next Book

Winging It: The Gift of My Fatherâ€™s Example