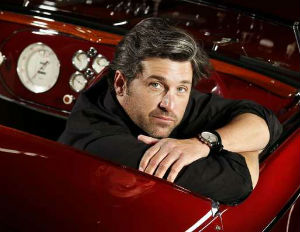 Grey Anatomy’s actor Patrick Dempsey has won a bid to buy a small coffee chain that was facing bankruptcy, but Starbucks vows to block the sale.

Dempsey announced that his company, Global Baristas LLC, made the winning bid for Tully’s Coffee. The Seattle based coffee chain filed for bankruptcy this past October. Dempsey’s company will pay $9,150,000 for Tully’s and complete the purchase later this month after a court hearing, according to a statement he released.

AgriNurtue Inc., a company that teamed up with Starbucks to bid for Tully’s, filed an objection on Wednesday challenging the winning offer the Grey’s Anatomy star made. AgriNurture said its bid was about $10.6 million, while Global Baristas LLC’s offer was for $9.2 million. Starbucks said it wants to convert some of Tully’s cafes to its own brand, with the remaining cafes remaining open under the Tully’s name. AgriNurture already operates Tully’s franchises in Asia.

The proposed sale goes before a bankruptcy judge in Seattle on Friday. Dempsey said he’s confident the court will decide that Global Baristas “has the highest and best bid.â€

Tully’s founder Tom Tully O’Keefe, who retired from the company in 2010 but is still a shareholder, says like, “most things in business it ain’t over until it’s over, and the court doesn’t finalize everything until this Friday.â€ He says regardless of who wins, he just wants to see the decision be the best one for Tully’s shareholders and employees.

“We just want to make sure we take care of our people, shareholders and employees,” said O’Keefe. “The big challenge of course is whomever buys it, who is going to run the business, because that is the key consideration, get the right team in to run the business.

One More Chance: RIMâ€™s BlackBerry 10 to Debut in January With Smart Distribution Strategy