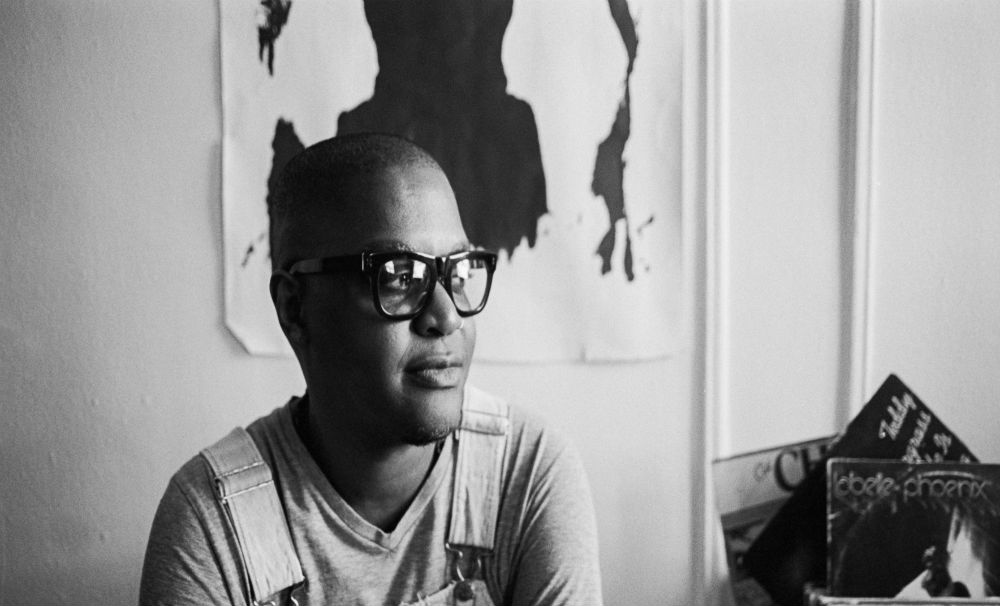 Courtney M. Anderson was born with a song in his heart and the rhythm of dance in his soul. The Brooklyn-born, Queens-reared “musicophile” grew up on an impeccably, eccentric diet of soul, funk, and pop which has afforded him a 20+ year career in the entertainment industry. One of the most in-demand and booked remixers in the music industry, the ‘Dance Music Curator’s’ unique ear has touched some of your favorites dance records and serves as the official liaison between artists, mainly Beyoncé, the DJs, producers, and their die-hard fans and supporters.

Always about the music, Anderson attributes his upbringing for a musical success story. Blessed to have a mother and aunt who consistently blared records at any given chance, introduced him to a world beyond the four walls of his childhood home. Aretha Franklin, Grace Jones, and even Prince opened his ears and he started studying to find out more about the business of music. “I started reading Billboard Magazine in high school and became fascinated with the charts and how music moved,” he tells BE Modern Man.

Going a step further, Anderson decided to fuel his music curiosity and seek solace in the one place he felt at home: a record store. “I used to work at Tower [Records] and there was music always playing at my parent’s home. I would spend hours in record stores talking to people and discovering new music and genres. I feel bad because so many young kids will never have the opportunity to have that experience.”

But Tower Records was only the beginning. While attending college he found himself working at the university’s radio station where he was exposed to up-and-coming and veteran R &B acts and learned the ins-and-outs of being a behind-the-scenes player. It was after graduation that those years of studying paid off, earning him executive positions at Columbia Records, MTV, Violator Management, ‎and Music World Entertainment and opening doors with some of the world’s biggest artists including Ricky Martin, The Fugees, Maxwell, and Missy Elliot. Oh, and did I mention Destiny’s Child? “I worked at Columbia Records when Destiny’s Child were making records and eventually went to work for Matthew Knowles and Music World Entertainment as a marketing director. That led me to becoming a music curator and obtaining Beyoncé as a client,” he tells BE Modern Man.

But securing Beyoncé as client opened a door to something even bigger: creating his own signature creative sound agency thatboycourtney. Established in 2009, the “musictorium,” which specializes in dance music, has churned out an astonishing 22 No. 1 dance remixes under his belt including Beyoncé’ s “Single Ladies,” “Love on Top,” and “Halo”; Michelle Williams’ gospel smash “Say Yes” and Ultra Nate’s “Waiting on Love,” to name a few. Throughout this process Anderson’s understanding of ‘paying it forward’’ is something he has never taken for granted and feels mentoring is a part of professional, personal, and social development. “Wherever I worked, whether it was Columbia or MTV, I made sure to work closely with all the assistants and interns to ensure their growth and experience was valuable to and not in vain.

Honored to be recognized as a BE Modern Man, Anderson quickly points out that this is bigger than any of us. “A BE Modern Man knows the importance of setting people up for success. We must show up and assist especially when we spot potential in others. It is easy to get caught up in the glitz and glamour of the industry that we forget to look back and extend our hands to those who need assistance. I have to pass that energy along to, not only BE Modern Man hopefuls, but a new generation of music lovers waiting to be discovered.”

The BlackEnterprise.com team salutes Courtney Anderson for all of his accomplishments and contributions of successfully crafting, documenting, and preserving black music. We look forward to listening and supporting him on radio and the charts through the music he creates.

Get Your Morning Off to a Good Start!