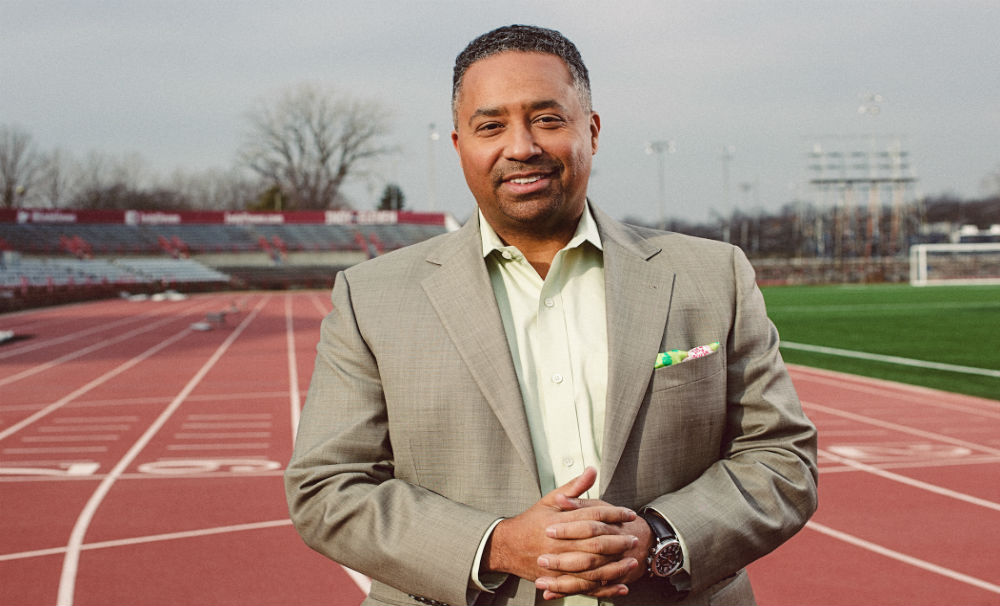 As CEO of USA Track & Field, the national governing body for track and field sports, Max Siegel says that he has changed and contributed to his industry by “significantly expanding the pool of resources available and expanding the visibility of our sport, culturally and globally.”

The 1936 Olympics featured African Americans dominating in the popular track and field events, thanks to the victories of legend, Jesse Owens. At the 1968 Games in Mexico City, track stars Tommie Smith and John Carlos raised their gloved fists as they stood on the podium during the national anthem, to raise awareness for the ongoing Civil Rights Movement. The 1996 Atlanta Games focused on an integrated south, as former Mayor Andrew Young and 1960 Gold Medalist Muhammad Ali led the ceremony that evoked the spirit of Dr. Martin Luther King, Jr. Now in 2016, Max Siegel stands tall as the first African American CEO of USA Track & Field. Whereas Dr. Leroy T. Walker was the first African American to coach an Olympic team, Max Siegel’s goal has been to change the way we view and recognize an award-winning group.

At 51-years-young, Siegel is used to being “the first” in most of his endeavors. A lawyer by trade, he has achieved great success outside of the court room. “My greatest achievements, personally and professionally, have been my family and children; securing and landing the largest sponsorship deal in Olympic history with Nike (worth 500 million); serving as President of Global Operations at Dale Earnhardt Inc.; becoming Senior Vice President at Sony/BMG, steering Zomba Gospel into the largest gospel label in music history; and using my platform for positive, social change,” he tells BE Modern Man.

But, there was a time when Siegel was unsure if he would have a platform at all. “My parents were not college educated, and I grew up with nothing. People [the community] invested in me, so I make it an obligation, a high priority, to improve the lives of others,” he says.

As fate would have it, the village that we are all too familiar with stepped in, after recognizing the potential of the budding youngster. “Most [of my] opportunities have been non-traditional, and typically I’ve been in the company of people alike. Coming from an economically and socially dysfunctional family, I made the effort to contribute, regardless. I believe that if you take talented, hardworking people and give them opportunities, you will fully invest in that person’s life,” he says.

After successfully working in different sectors—mainly music—Siegel found himself especially drawn to one: sports. One of the challenges he faced was breaking into the NASCAR industry as a minority team owner. Though temporary, these roadblocks tested his faith, will, and challenged the notion of standing firmly in what he believed he deserved. “Both personally and professionally, it was difficult starting my NASCAR racing team. I invested millions of personal funds, yet I found it extremely hard to get it off of the ground. [It was] hard to get people to support my vision as an African American, and the financial investment put a huge strain on my family and other relationships. [However], that would soon change after winning and securing deals and sponsorships,” he tells BE Modern Man.

This drive and resilience would assist him in his next professional assignment; becoming CEO of USA Track & Field. Arguably the most recognized and decorated of all the organizations, Siegel’s direction and vision of growth for the USATF had never been witnessed before; from securing ten high-profile partnerships—including Subway, Rosetta Stone, and Nike—to million dollar increases in net assets. Siegel brought in a breathe life with a business model that was not only monetarily focused, but also took into account the social responsibility of the sport.

“I see the USA Track & Field as a global brand with tremendous visibility and influence around the world. We are the number one track and field team in the world. I envisioned my skills to develop an organization that needed tremendous growth, [while] being a world leader on and off the field, being a global ambassador for human achievement, and making a positive cultural impact. I hope that our team reflects the values we have as a federation and community,” Siegel says.  “This is important because the global demographic is changing. So, in order to meet the needs of consumers, there needs to be more diversity. We aim to inspire all people, especially the next generation, with hope and opportunity, [so] that they can make a meaningful contribution to society,” he continues.

And this leadership, which relies on inclusion, is one of the reasons why Siegel is able to recognize and break through the static in life and in business. “I think, first and foremost, you must be willing to tackle challenges and opportunities that are not often available. Really understand you can contribute to the overall success of the organization you belong to. That understanding separates you from those that tackle one task, [as opposed to] those who are a master of many. Develop a meaningful professional skill. Become an expert in your industry. Build and be able to sustain mutually beneficial relationships—meaning all partners benefit from it,” he says.

As a society, it is imperative that all lives, especially black men, are included and displayed from both ends of the spectrum. If we only see one narrative, in time, others (as well as ourselves) will start to believe that this one-dimensional interpretation is all there is, leaving no one privy to the entire experience. “Mainstream media tends to focus on more of the negatives, and doesn’t celebrate the achievements/contributions of men of color. I would love to see many more men of color highlighted,” Siegel says.

Being named a BE Modern Man means being inducted into a fraternal brotherhood that stands tall and confident, as an example for the next generation.“This is a tremendous honor. The organization [Black Enterprise] has been iconic for so many years, and it has motivated people for a number of reasons. But, when your peers’ organizations recognize your contributions, it does a lot emotionally. I am honored to be recognized in this manner,” he says.

More stories like Siegel’s need to be unearthed to prove that we are not a monolithic people, and show that we are beyond our circumstances. We are innovative in how we navigate through our professional and personal lives.

Siegel states, “When I run into other men of color who are successful, the general consensus is that mainstream media thinks we are the exception. Our stories create a general awareness that people contribute successfully to society, and inspires younger men and women of color to land inside their desired professional pipeline.”

The BE Modern Man team salutes Max Siegel in his effort to bridge the gap between a world class organization and creating a new narrative for professional men of color. We are excited to know that we have a BE Modern Man in Siegel, who is leading the next team to win gold and is inspiring a new generation of Olympic hopefuls.

To find out more about Max and the USA Track & Field organization, click here.

BE Luxury: Go Glamping in the Final Days of Summer