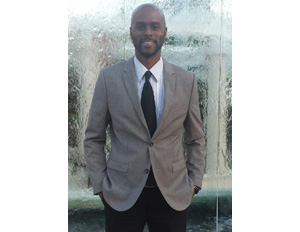 Doug Bryant, Jr. is somewhat of a professional rarity–he’s a cybersecurity IT professional and he’s African American. Bryant weighed in on matters of cybersecurity of which the black community should be aware as well as working as a black person in this red-hot industry.

According to The International Consortium of Minority Cybersecurity Professionals (ICMCP), African Americans make up only 6% of the STEM workforce, despite comprising 11% of the total U.S. workforce.

The number of minorities in cybersecurity is even lower. A shortage of qualified cybersecurity professionals in the United States is predicted to grow to 1.5 million by 2019, said Congresswoman Sheila Jackson Lee at a recent ICMCP event.

Black Enterprise: What are some of your day-to-day duties as a cybersecurity professional?

Bryant: I work at Black Knight Financial Services. I am 3rd level for security. I serve as a mentor and we handle more complex security issues. I can do server investigations; if a user gets malware–look into logs forensically, and see what’s going on; I do firewall reviews. Currently, I am looking at all the traffic coming from our network to see if any of the traffic is going to malicious sites, and I monitor ports.

How long have you been in cybersecurity?

What are some of the biggest cybersecurity mistakes businesses make?

The technology. If you have a certain IDS (Intrusion Detection System) that isn’t performing as well as it should–you may not be using it to its full potential. Not having the efficient technology to catch things. Also, a lack of training. I’m a person who likes to keep learning. If you have a manager who does not have [that] same value, that can really stunt your growth.

There is so much emphasis on teaching minority young people and girls how to code. Why do you think there isn’t as much interest in going into an IT field, such as cybersecurity?

I think it’s not really being advertised in the black community. I got introduced to cybersecurity in the military. Initially, I wanted to be an architect, but then I started with computers and fell in love.

We need [a] group effort and mediums, such as Black Enterprise. There are lots of opportunities in cybersecurity, but I have been an ‘only.’ When I worked for Deutsche Bank, I was the only black person in IT.

Do you think cybersecurity training and awareness should be taught to children in the classroom? If so, what would you teach them about the subject?

Definitely! You have to start with social media and the phones–not only security but about cyberbullying and sexting–how [using] Snapchat doesn’t delete your picture, it goes on a server, somewhere. And then go on to securing your networks and home router–about cookies–I would love to cover all that.

Do you have any tech security tips for people at home?

Make sure you use a secure wireless network; change the default password; update firmware, especially with Smart TVs. Lots of people buy Smart TVs who aren’t technical but they are buying them–they are so convenient. It’s part of our ‘microwave culture.’ People are super excited about technology, but they really aren’t thinking about the back-end.