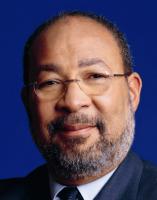 Citigroup Inc. said yesterday that board member Richard D. Parsons will be taking over as chairman effective Feb. 23.

Parsons succeeds Sir Win Bischoff, who became chairman in December 2007 after the company fired CEO and Chairman Charles Prince. Bischoff, who has been with Citi since 2000, said he won’t stand for re-election to the board at Citigroup’s next annual meeting and will retire from the company later this year.

“I look forward to continuing to work with the board and management of Citi in my new capacity as we continue to strengthen the company’s core franchise and build value for our shareholders,â€ said Parsons. “As always, we will strive to provide superior service to our clients and maintain a dynamic workplace for our employees.”

Citigroup has had five straight quarters of losses and received $45 billion in government. Last week, the company reported a fourth-quarter loss of $8.29 billion and said it would reorganize into two units as it struggles to stay afloat.

Citigroup’s board has been the target of much scrutiny among investors for allowing the bank to invest so heavily in the risky housing market, reports the Associated Press. As that criticism rose over the past several weeks, so did speculation that Parsons — one of the only directors with experience in both banking and leading a large company — would become chairman.

The was also much speculation that Parsons would be named commerce secretary in the new Obama administration to after New Mexico Gov. Bill Richardson withdrew his nomination due to an investigation into campaign contributors and state contracts. Parsons was also a member President Barack Obama’s Economic Advisory Board.

In a separate Securities and Exchange Commission filing Jan. 14, Citigroup said that three executives have passed up bonuses. Bischoff, Chief Executive Vikram Pandit and Chief Financial Officer Gary Crittenden have turned down incentive and retention awards that were offered to members of the bank’s executive committee.

In Parson’s five years as CEO of Time Warner, he tamed a sprawling, unruly media octopus. Silencing early critics, he took a rudderless company with disparate holdings, such as Warner Bros. studios, HBO, the Time Inc. stable of magazines, and AOL, and transformed it into a uniform, functional enterprise. He simplified the corporate structure, strengthened the balance sheet, and discarded nonperforming assets. That’s not to say he hasn’t had major challenges.

Parson’s joined Time Warner as its president in February 1995, and has been a member of the company’s board of directors since January 1991. As president, he oversaw the company’s filmed entertainment and music businesses, and all corporate staff functions, including financial activities, legal affairs, public affairs, and administration.

Before joining Time Warner, Parsons was chairman and CEO of Dime Bancorp Inc., one of the largest thrift institutions in the U.S. Previously, he was the managing partner of New York law firm Patterson, Belknap, Webb & Tyler.

He held various positions in