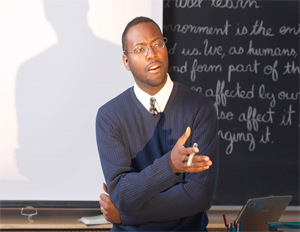 [Related: Striking a ‘Rich’ Balance Between Saving for Retirement and Their Children’s Education]

“Parents are really interested in activities and events that involve interaction with teachers,â€ says Elena Lopez, associate director of the Harvard Family Research Project, a national platform for family and community engagement research. “Administrators need to think about how to integrate family engagement in all departments, so it’s not just siloed in one office, but championed throughout the district.â€

Students whoseÂ parentsÂ meet regularly with teachers and volunteer in school tend to perform better academically and exhibit fewer behavioral problems, and are more likely to graduate from high school than are students whose parents are not active, according to a 2012 report from the nonprofit research organization Child Trends.

The percentage of students whose parents reported involvement in their schools rose significantly between 1999 and 2007 across several measures, including meeting with a teacher, attending a school event, and serving on a committee. However, these numbers fell or remained the same in 2012, the last year for which data was available, the report states.

“Schools should not just have random acts of family engagement, but really have family engagement as a core strategy that schools develop and support in order to achieve school goals,â€ Lopez says.

For example, Federal Way Public Schools in Washington state hosts workshops where parents and teachers share tips on advocating on behalf of students in the public school system and increasing achievement.

Other large districts, including Denver and Nashville, have created positions and departments focused on family involvement, offering resources and classes for parents to learn how to become more involved in their child’s academic success.

An evidence-based model
In 2014, the U.S. Department of Education released aÂ framework for parental involvement. It highlights an approach called the “academic parent-teacher teamsâ€ model, which replaces traditional parent-teacher conferences.

Black History Month: Then and Now in STEM