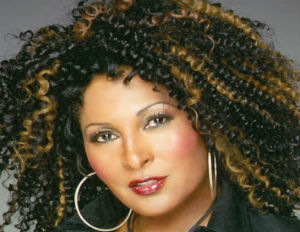 She’s more than just a pretty face. Black Enterprise’s 2015 Legacy Award recipient, Pam Grier, is a barrier breaker with an extensive resume of kicking down doors that’s as long and plentiful as the number of criminals she’s karate chopped in countless flicks. With over 40 movies to her name, the Golden Globe and Emmy-nominated actress is known as Hollywood’s very first female action star. An accolade that for an African American woman, is historic. And for Grier is a triumphant testament to continually fighting and successfully overcoming personal obstacles.

The child of a military officer in Winston-Salem, North Carolina, Grier (Born Pamela Suzette) was sexually assaulted at 6-years-old, while at a family member’s home. “It took so long to deal with the pain of that,” she said in an interview. “You try to deal with it, but you never really get over it.”

Channeling this pain into performing with a motivation to succeed, Grier went on to attend UCLA where as a student, she sang backup for Bobby Womack. But it was a job as a receptionist at American International Pictures (AIP) that led to her being discovered by director Jack Hill. He went on to cast her in films depicting women in prison like 1971’s The Big Doll House and 1972’s The Big Bird Cage. But tragedy hit again when while filming these movies in the Philippines, Grier contracted a deadly tropical disease. Losing hair and vision temporarily, Grier’s recovery took a year. Overcoming the hurdle, she scored a contract with AIP where her career exploded with the blaxploitation craze. Grier went on to be featured in classics like Foxy Brown, Sheba, Baby, Scream Blacula Scream, and her starring debut, Coffy. The box office hit, featuring a vigilante nurse hunting down drug dealers, moved film critic Roger Ebert to say that Grier brought “physical life” to her characters in a way that was missing from other beautiful actresses. The popularity led her to become the first black woman to appear on the cover of MS. Magazine’s August 1975 issue.

Despite these successes, Grier remains humble. “I know I’ve influenced people, and I’m proud of that. But as I see it, I really haven’t done anything. I haven’t saved anybody from a burning building,” she said in an interview with The Atlanta Journal-Constitution. “Foxy Brown actually approached me at the start of her career to ask if she could use the name. I told her, ‘You didn’t need to ask.’ If you’re an independent woman, every woman is Foxy Brown.”

As film opportunities slowed, in the ’80s, she made a transition to TV with a regular role on Miami Vice and appearances on The Love Boat, Night Court, and The Cosby Show. But an attempt at a comeback was put on hold when she was diagnosed with cervical cancer in 1988. Erroneously given 18 months to live, the life-changing moment evolved her into a new woman. “It was the ’80s and everyone was buying a second and third home and moving into lifestyles that were fruitful,” she said in an interview with BlackDoctor.org. “I was thinking I would have that. It was time to get married, maybe have children, and it all came to a screeching halt. My life and my journey took another route, but it made me stronger.”

Grier’s strength blasted through with a ‘90s comeback. Scoring a gig as a cast member of the Showtime series Linc’s, she also appeared in John Carpenter’s Escape from L.A. But her biggest return came with the starring role in Quentin Tarantino’s Jackie Brown, a homage to her iconic character Foxy Brown. Named as one of Ebony Magazine’s “100 Most Fascinating Women of the 20th Century” Grier was given a “Career Achievement Award” at the 34th Annual Chicago International Film Festival in 1998, and inducted into the National Multicultural Western Heritage Museum Hall of Fame in 2012-2013.

Black Enterprise is excited and proud to add the amazing Pam Grier to our confirmed list of Legacy Award winners who will be honored and attend the 2015 Women of Power Summit.