Owe Uncle Sam? You May Have to Give Up Your Passport 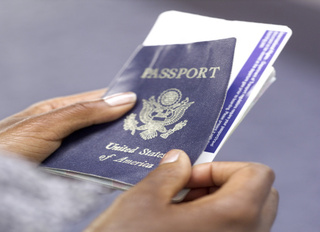 A provision that was once highly controversial has now become law. President Obama signed the 5-year infrastructure spending bill recently and the bill adds a new section 7345 to the Internal Revenue Code in which your ability to travel internationally with a U.S. passport could be at stake.

The title of the new section is “Revocation or Denial of Passport in Case of Certain Tax Delinquencies,â€ and the idea reportedly goes back to 2012, when the Government Accountability Office introduced using the issuance of passports as an opportunity to collect on tax debts.

Details as to how this will be executed are reportedly scant, with various options being possible: from Â no new passport, no renewal to State Department rescinding existing passports. The law only applies to those with delinquent tax debt over $50,000.

There already exists debt-related consequences for passports in terms of child support, such as if you owe $2,500 or more, you are not eligible to receive one.

What are your thoughts on the IRS collecting tax debts before issuing passports? Fair or not? Leave your comments below.