Outside the Bubble - Black Enterprise 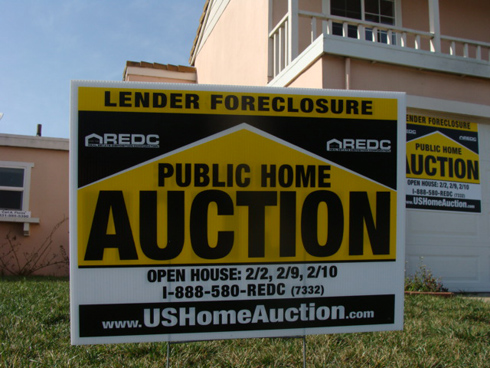 An inability to get bank financing would stop most real estate investors in their tracks. But not Henry Calvin Johnson. Bank financing difficulties forced the 29-year-old to explore private financing options—a move that ultimately helped catapult his North Plainfield, New Jersey-based real estate investment firm EXER L.L.C., to the $700 thousand mark in 2007.

Johnson got into the real estate game at the age of 19 when he invested $7,000 and secured a bank-financed mortgage and renovation loan to rehabilitate a $47,000 property. Three years later, he sold the home for “about nine times what I bought it for,” he says, prompting him to pursue real estate full-time. “I was intrigued with the fact that it is a business where you can make money and be your own boss,” he says.

That first property purchase was followed by three more that Johnson planned to rehabilitate and sell, but in 2005, the business almost went up in smoke when a newly-renovated house caught on fire. “It burned down and the insurance company denied my claim,” Johnson says. The resulting loss left Johnson suddenly unattractive to lenders, so he had to get creative.

Johnson told business contacts that he was looking for wealthy individuals to invest in a few real estate rehabilitation projects and eventually he found several private investors. “They would finance the construction, I would do the construction and follow the project all the way through and then we would split the profits 50-50 in the end,” says Johnson.

The shift to private financing also helped Johnson fare better in a weakening real estate market. Had Johnson secured properties via conventional banks, he would have been responsible for a monthly mortgage payment. With his private investment deals, he splits the profits with investors after the properties sell. “At the end of the day if that property does not sell, you’re not paying a mortgage on the property,” Johnson says. Having to pay a traditional mortgage in today’s market could prove costly since so many houses are on the market and not selling fast: “People have properties out there that they’ve been holding on to for two years,” says Johnson.

Another ingredient in Johnson’s recipe for success is his knack for keeping expenses low, an ability he attributes to his knowledge of the construction industry. “Knowing the construction business controls your construction costs,” he says, since he understands how much materials and labor costs first-hand. Johnson did much of the construction himself on his earlier properties. Today he farms out most of the work to subcontractors, but “I know how to [negotiate] the subcontractors down to where I would actually feel comfortable paying them,” he says.

Moving forward, Johnson is looking to buy multiunit properties and diversify his portfolio, eliminating some of the risk and making his cash flow more stable.