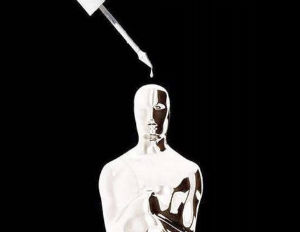 According to reports, the Academy of Motion Pictures Arts and Sciences, which presents the Oscars, filed a trademark infringement lawsuit this week against Distinctive Assets, which independently provides gift bags to major nominees and the event’s host.

[Related: Black History Month: Then and Now in Television]

The suit, filed Tuesday, alleges that Distinctive Assets sought to create a connection between its activities and the Oscars and profits from the Academy’s trademarks without the Academy’s permission. The plaintiff is suing for all profits from the venture, triple damages, and injunctions against the company from associating itself with the organization’s trademarks.

The gift bag reportedly included a $250 vaporizer that can be used for marijuana and as an e-cigarette, a $250 sex toy, a $1,900 “vampire breast lift,â€ and a $5,530 non-invasive skin treatment. The suit also includes mention of “the unseemliness of giving such high value gifts, including trips costing tens of thousands of dollars, to an elite group of celebrities.â€

The suit also says the gift bag company confused consumers with slogans such as “Everyone Wins At The OscarsÂ®! Nominee Gift Bags,” and “Everyone Wins Nominee Gift Bags in Honor of the OscarsÂ®.” The Academy has also told news sources that it had asked last year that the company makes it clear to consumers that the Academy does not award, sponsor, endorse or provide their gift bags, but say the company continued social media posts with the hashtag #OscarGiftBag. The Academy gave the company a second legal warning for Distinctive Assets to respond to their request that it “will not purposefully make an association between its gift bags and AMPAS going forward.”

Distinctive Assets has reportedly not released a statement or comment on the suit.