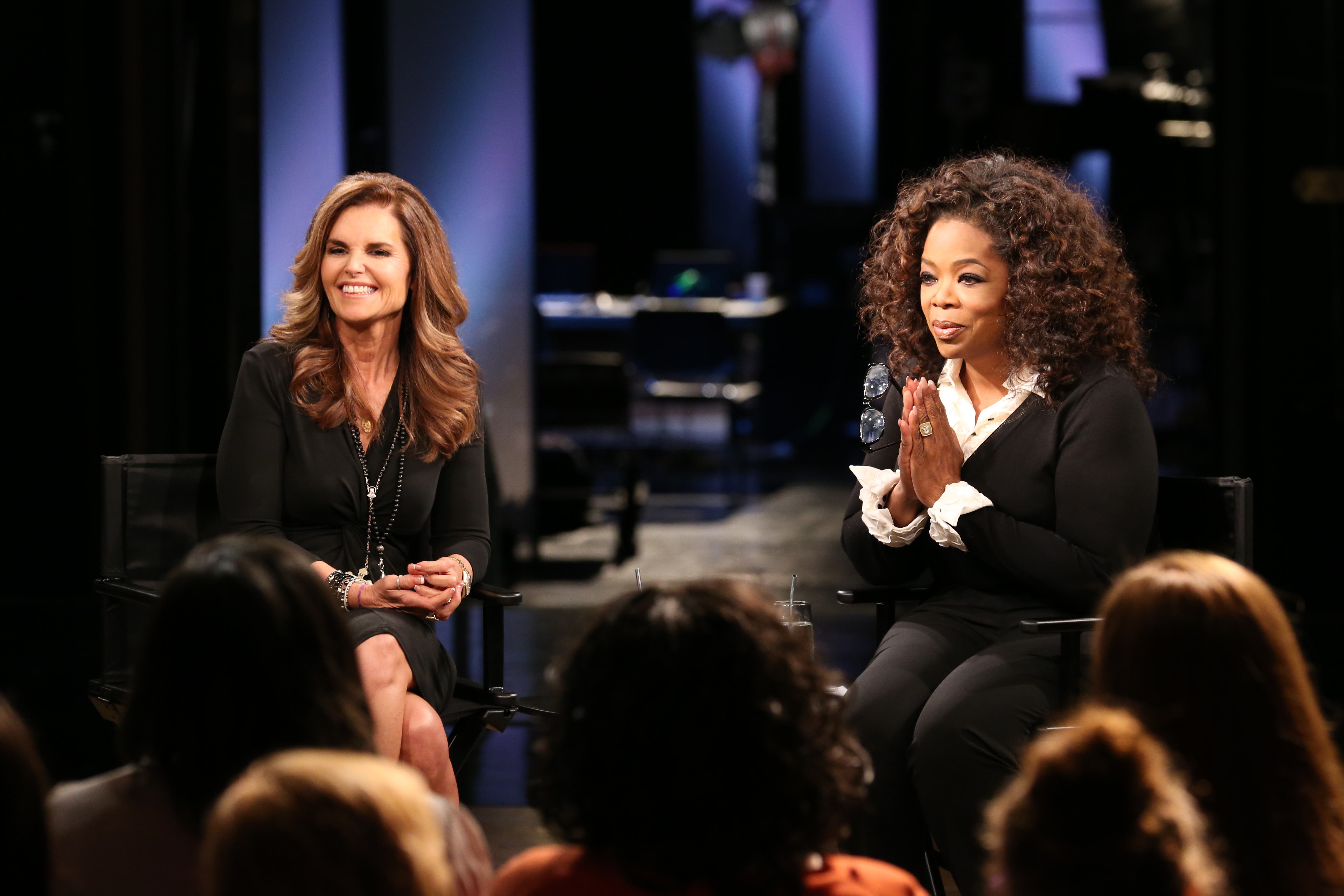 Nearly half of all Americans live paycheck to paycheck. Oprah Winfrey and Maria Shriver address this topic in the primetime special “Oprah & Maria Shriver: The ‘Paycheck to Paycheck’ Town Hall,â€ airing this Sunday, March 30 at 9 p.m. ET/PT on the Oprah Winfrey Network.

In front of a live studio audience, two game changers discuss The Shriver Report’s new HBO documentary Paycheck to Paycheck: The Life and Times of Katrina Gilbert and the reality of life on the brink for 42 million women in America.

The Shriver Report is a media initiative of A Woman’s Nation, a Â nonprofit organization founded by Shriver to raise awareness and inspire impact around issues and challenges facing modern women.

Shriver’s groundbreaking film tells the moving story of a year in the life of Katrina Gilbert, a 30-year-old mother of three who works as a certified nursing assistant.Â  Her daily struggles illuminate the challenges faced by millions of women living at or below the poverty line despite having a job.Â Winfrey and Shriver also speak with other families on the brink of economic devastation, exposing one of the most challenging situations facing Americans today.

About 44% of Americans are “liquid asset poorâ€, meaning they have less than three months’ worth of savings, according to a study released in January by the Corporation for Enterprise Development. The CFED measured that amount at $5,887 for a family of four, which is three times monthly income at the poverty level. These families live in a persistent state of financial insecurity, unable to look beyond immediate needs and save for the future. The study also found that about 56% of Americans living paycheck to paycheck have subprime credit, meaning weakened credit histories that are likely to include delinquent payments, charge-offs, judgments, or bankruptcies against them.

EXCERPT: Maria Shriver on Why Women on the Brink Matter:

OPRAH: Why is this a story for our times?

MARIA: Because this is where the vast majority of Americans find themselves: without savings, living paycheck to paycheck, dying under student loans, not being able to, you know, get up over the brink. Â Seventy percent of all minimum wage workers are women and they can’t live.Â  They can’t live in our country on that salary.

OPRAH: Yeah.Â  So I know that you’re more than just a producer of this film.Â  This is in your blood.Â  Your father, Sargent Shriver, was one of the architects of the war on poverty.Â  He founded the Peace Corps.Â  And so what do you think we, as a body of people, could be doing better?

MARIA: Well, I think we first could be talking about it.Â  Which is were why I think this is so important.

MARIA: This is so important.Â  Because I think when daddy started the war on poverty under Johnson, Johnson used his pulpit as President to talk about the vast majority of Americans who were struggling.Â  At that time, women were primarily in the home and government’s job was to come up with these programs. I think now we see that women are in the workplace and they’re looking for businesses to support them.Â  So there’s a lot that can be done by business, by government, and by women and men.

To watch a sneak peak of the OWN special click here: First Look: Town Hall with Oprah Winfrey and Maria Shriver

First Look Why Women On The Brink Matter

How Crowdfunding Is Saving This Homeless Mother