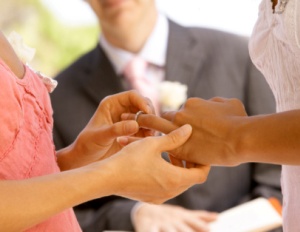 Two major political events unfolded recently. North Carolinians voted to deny couples and children equal protections under the law. What a disappointment. North Carolina already had a ban on gay marriage. But the change in the state’s constitution further banned civil unions and eliminated health care, prescription drug coverage and other benefits for public employees and children receiving domestic partner benefits. Then President Obama came out in support of marriage equality.Â  What a courageous move.

The right to choose whom to marry is a legal issue; it is a civil rights issue. Some opponents like to argue this, even take offense when anyone acknowledges gay rights as civil rights especially in the context of the “Blackâ€ civil rights movement.Â It’s a legal issue because it really deals with the benefits that one gets from being married. There are over 1,000 rights conferred to married couples. Among them are the rights to joint parenting, joint adoption, status of next-of-kin for hospital visits and medical decisions, inheritance of jointly owned real estate, and more. It’s not about being able to go to a church and stand in front of a minister. LGBT people were already having commitment ceremonies.

I am sick and tired of being sick and tired about the debate over gay rights vs. civil rights. Yes, there are different sets of historical and social issues as it relates to race and sexual orientation. Yes, the distinctions between the African American and gay rights movements are complex and multi-layered. But the definition of civil rights is “the rights of citizens to political, economic, and social freedom and equality.â€

The “Blackâ€ civil rights movement was not merely about marches and speeches. It was a fight for equality that centered on legislative and policy changes based on issues rooted in bias and discriminatory behavior. It was a battle in the courts as evident by the landmark Brown vs. the Board of Education. So too, the fight by gay activists is one that currently centers on seeking legislative and policy changes based on issues deeply rooted in bias (mostly for religious reasons) and discriminatory practices.

The focus should not be whether race trumps sexual orientation or gender identity. Arguments such as you can’t hide being black and you can’t change your race elude me. So, if someone who is black can pass for white then he or she should choose to do so? I should tell my Jewish friend to stop talking about the Holocaust or discrimination because “those peopleâ€ can choose to denounce Judaism and convert to Christianity. How asinine would that make me? The ability to “pass for straightâ€ should not diminish the struggles of LGBT people in securing full and equal rights under the law.

A strong Christian right contingent has exploited this riftÂ between gay rights and “Blackâ€ civil rights in order to promote an anti-gay political agenda (just check out NOM’s divisive black vs gay strategies). Allowing the use of morality and sexual orientation or gender identity to deny someone his or her inalienable rights goes against the basic laws of humanity as well as the principles of the Constitution. Imagine if there were state laws that allowed unwed mothers to be fired from their jobs or denied access to government programs for their children because of Biblical views about premarital sex and illegitimate childbirth. Yet, in 29 states it is legal to fire someone because of his or her sexual orientation.