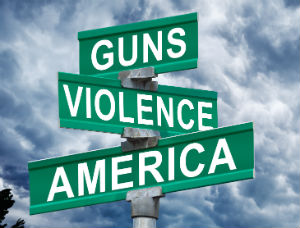 We, the undersigned Presidents of America’s Historically Black Colleges and Universities (“HBCUsâ€) remain brokenhearted over the recent events that have taken place in Baton Rouge, LA, St. Paul, MN, and Dallas, TX. Our thoughts and prayers are with the impacted communities at large and the families who have lost their loved ones. These incidents have shaken our nation to its core and caused many people to question our country’s direction.

As people of deep faith and a unique sense of history, we know that senseless violence has never been the way forward in America. We are a society where, despite what many would lead you to believe, that which binds us to each other is far greater than anything that seeks to divide us. In the words of our President Barack Obama, “We are one people, we are one nation.â€

HBCUs, by virtue of their special place in this nation, have always understood the hard work and sacrifices that must be made in order for America to live up to its ideals. From the moment that our doors first opened in 1842, the roles that our institutions have played were never narrowly confined to educating the men and women who sat in our classes and walked our campuses. Instead, ours was a much broader and more vital mission. We were charged with providing a light in the darkness for a people who had been constitutionally bound to the dark. Our very creation, existence, and persistence were, and always have been a duality of collaboration and protest. In this respect, America’s HBCUs were the birthplace of the idea that Black lives matter to our country.

Expressing our support for the idea that Black lives matter is in no way a declaration that other lives do not matter as well. As leaders of some of the most diverse colleges and universities in the country, we are well steeped in the value of open and inclusive communities. It is because of our experience building strong and diverse communities that we unite, and invite all Americans to join us in the following series of actions that are intended to help propel our country forward to become a more perfect union:

We know that none of these activities will bring back the lives that have been lost. Our hope, however, is that these efforts will foster dialogues that help to accelerate the creation of an environment where all human lives are valued equally and [where] discrimination based on one’s skin color, gender, and economic standing will become a relic of the past.

As we move forward in our endeavors, we will forever remember the lives of those slain and the loss their families have experienced. While we pray that their hearts and minds will one day know peace, we pledge to aggressively continue our efforts so that these types of prayers will one day become unnecessary.

With love and in solidarity,

Why Your College Degree Isn’t Enough