Op-Ed: About That Pitzer College Student Who Doesnâ€™t Want to Room with Whites 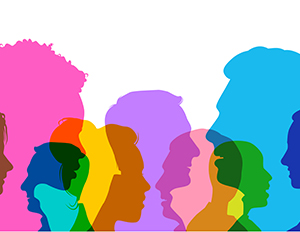 The Washington Post featured an articleÂ about three Pitzer College students seeking a roommate in college housing. That’s not very newsworthy, right? However, a fierce debate erupted when the students added a caveat that only people of color need apply as a roommate.

“It’s exclusive [because] I don’t want to live with any white folks,â€ wrote KarÃ© UreÃ±a, a student at Pitzer College, in a Facebook post. In a further message to The Washington Post, UreÃ±a, along with her fellow roommates wrote, “Our people are being killed. Our housing arrangements are not racist. They are not exclusive. We are simply fighting to exist and we are fighting to exist in whatever way we can.â€

In a summer rife with instances of violence against African Americans at the hands of law enforcement and a daily barrage of unhinged, racist, and xenophobic comments from presidential nominee Donald Trump, the sentiments, arguably, are understandable.

However, they are not steeped in any sort of reality.

One of the purposes of a college education is to prepare someone for the transition from child to adult. As children, our environments are controlled, modified even, to suit our comfort and needs. Kids are often shielded from the realities of adult life. Parents even select children’s play dates, thereby selecting with whom their children associate.

Adults, don’t have such luxury.

For instance, most of us don’t get to choose our co-workers. As a young, black woman in my first IT job many, many years ago, I remember making a significant, but not irreversible mistake when configuring the company’s mail server.

I owned up to it when the boss questioned the IT staff. “Yes, I made a mistake and am working to correct it,â€ I remember saying.

I also remember a co-worker who looked at me with icy blue eyes and said in front of my boss and my co-workers, “Your big mistake was showing up for work today.â€

Would I have elected to work with someone so mean-spirited and bullying? Nope. However, it wasn’t my decision. If anything, his nastiness made me more determined to fix my mistake and strengthen my tech skills, which I did and is why I ended up an IT director years later.

The idea of excluding anyone from your circle based on something they can’t control such as their ethnicity, race, origin, or sexual orientation is as mean-spirited and nasty as my former co-worker’s behavior.

That aside, such an entitlement to exclusivity is not how the world functions. You very often don’t get to choose co-workers, who you have to do business with to get where you want in life, or even who rides the subway car you are riding in to avoid the gropers and perverts. You have to learn to acclimate.

So I say to those college students, stay in school, you have a lot more maturing to do. 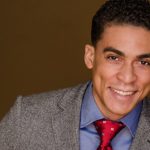 21 Items You Need in Your Office Survival Kit