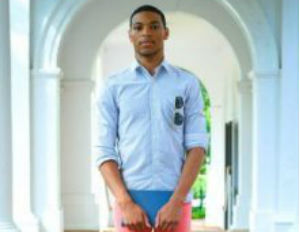 My uncle Marvin contracted HIV in the early ’80s. Years of suffering slowly stripped a good-humored, exuberant, and charismatic man of his will to live. The final stages of his life were miserable and hopeless. He suffered from chronic colds, severe pain, and organ failure. He died from AIDS-related complications in 1999.

Though HIV/AIDS was crippling, the harsh words spoken by people in our community were equally debilitating. I was seven years old when I first heard someone call Uncle Marvin a “sick faggot.â€ I was at church. This not-so uncommon practice of using such language to exclude, bully, and harass my uncle shaped many of the decisions I made both as a black gay child and a young black gay man.

My biggest fear as a child was being labeled a ‘faggot.’ My fear was realized in third grade. It was during this school year when my peers actively called me out for failing to live up to popular standards of black masculinity at age nine. I was deemed a sissy. I was bullied–boys, in particular, mocked my mannerisms by flipping their wrists and switching their hips.

I responded to bullies by saying things like “I’m not gay, I hate faggotsâ€ or “I would never be gay, God hates gays.â€ I struggled with shame and depression. I prayed God would take the gay away. I tried, unsuccessfully, to add a little bit of bass in my voice, mask my feminine tendencies and develop an attraction to women.

After eighteen years of living not as myself I took a seminar in college about black sexual politics. I found liberation in the words of Audre Lorde, a black lesbian woman [author and poet who wrote in The Caner Journals]: My silences had not protected me. Your silence will not protect you.

I decided I would no longer be paralyzed by fear and silence. I ‘came out’ on Facebook during the last day of my first year in college. Much to my surprise, I was showered with love and support.

And yet, far too often black LGBTQ/ SGL youth are punished for being themselves. According to Youth Pride Services, 51% of black LGBTQ/SGL youth experience rejection after coming out to family and friends. We repeatedly hear things like “don’t be effeminateâ€ or “don’t be gay.â€ What people are really saying is “don’t be yourself.â€ As Lorde reminds us, God gives us the authority to define ourselves for ourselves. Three things you can do to live authentically:

Â Jared Brown is operations director of Black upStart, a social enterprise designed to support aspiring African American entrepreneurs. He also coordinates a $25 million initiative designed to cultivate the next generation of black entrepreneurs at the United Negro College Fund.

The White House Initiative on Educational Excellence for African Americans, the National Black Justice Coalition and the National Education Association in partnership with Black Enterprise to celebrate and honor unapologetic black LGBTQ/SGL history makers, as well asÂ highlightÂ promising and proven strategies to provide safeÂ and supportive environments in which African American LGBTQ/SGL self-identified youth can learn and develop.

Are Your Friends Helping or Hurting Your Business?

The Akils on Jumpstarting Your Career in Screenwriting