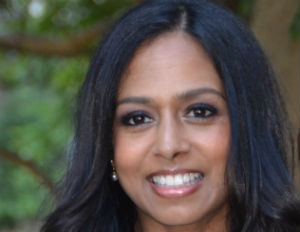 The following was written by Maya Harris:

This wealth gap is holding African American families back. Â A missed paycheck, an unexpected surgery, or a busted car transmission can become a financial emergency.Â Â Parents have less to invest in their children’s future.

Hillary Clinton understands that all families need a strong financial foundation to achieve their dreams–and she wants to help them build it.Â Â That’s why her agenda includes proposals that will go beyond creating good-paying jobs and raising wages to knock down barriers holding hardworking African American families back from growing their wealth.

First, remove barriers to sustainable homeownership.Â Buying a home is about more than having a place to live–it’s about building wealth, as families build equity in their home one mortgage payment at a time. Home ownership also lets families put down roots in a community with good jobs and great schools. Â But while 72% of white households own homes, only 42% of black households do.

Hillary wants every family to have a fair shot at homeownership. But for many African-American families, saving enough for a down payment is virtually impossible. To bring it within reach, Hillary wants to provide families with down payment assistance, supporting local initiatives to match up to $10,000 in savings for low-income families. Â Hillary will also increase funding for quality housing counseling programs, to help potential buyers navigate the dizzying array of credit and lending rules. And she will reduce unnecessary barriers to lending and crack down on abuse and discrimination in the mortgage market.

Second, make it easier to save for retirement, regardless of your job. For the one-third of American workers who don’t have access to employer-sponsored 401(k)s, Individual Retirement Accounts (IRAs) can be the best vehicle for building retirement savings. But setting up IRAs can be time-consuming and overly complicated. As a result, a shockingly low 10% of workers without an employer-sponsored account actually set up IRAs.

Hillary wants employees without access to employer-sponsored 401(k)s to be automatically enrolled in IRAs unless they opt out, allowing all workers–no matter their employer or job–to save effectively and efficiently. This idea isn’t new–it’s called an “auto-IRA,â€ and President Obama has been calling for it for years.Â  States like California, Illinois, and Oregon have already created auto-IRA programs, allowing tens of millions of Americans to save for retirement. Hillary wants to get it done nationally.

Third, make it easier for retirement savings to move with you.Â Most Americans, especially younger ones, no longer stay at the same job for their whole career.Â  And if they store their savings in an employer-sponsored account, it can be difficult to move when switching employers. And if there’s not that much money in the account, some of the savings can get lost in the transition. This is especially a problem for African American workers, because the typical middle-age black worker has less money in their 401(k) than a young white worker.

President Obama has already taken an important step. He created myRA, a startup fund that allows workers to save even as they switch jobs. Hillary believes we need to look for other innovative solutions as well. One idea would make it easy for Americans with less than $5,000 in their 401(k)s to roll that money into an account with their new employer. Â “Auto portabilityâ€ could help millions of Americans every year save money when they get a new job. And by the time they retire, their savings will all be in one account–not tied up in four or five different places.

There’s nothing more important to a family’s long-term financial health than building up assets and wealth. But our country’s current savings system has too many barriers that disproportionately hold African American families back. These are just a few of the ways Hillary plans to break down those barriers. And she will deliver.