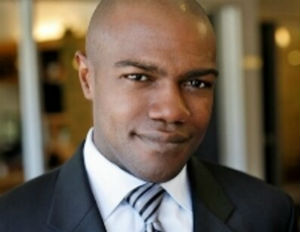 The following was written by Corey Ealons:

Senator Bernie Sanders, congratulations on running a tremendous campaign. You managed to elevate your issues in a way that impacted the debate, excited supporters across the nation, and gave voice to issues everyday people really care about.

With all of that said, it just wasn’t enough, and now it’s time to figure out how you will land this plane and begin the process of unifying progressives to defeat Donald Trump in November.

In fact, you would be wise to take counsel from history and consider the steps your current opponent took in 2008.

Weeks before the final primary contest and faced with a deficit of pledged delegates much smaller than yours now, then-Sen. Hillary Clinton chose to bow out gracefully. Sure, she remained in the primary campaign until the last ballot was cast. However, once she paid tribute to her supporters and celebrated the “18 million cracksâ€ in that glass ceiling, she soon reconciled with then-Sen. Obama–in Unity, New Hampshire–and began the process of bringing the party together.

Clinton clearly had an eye toward the future. She lived to fight another day, and that day is now.

Forty-six percent of the pledged delegates does not equal a majority. Secretary Clinton has collected nearly 3 million more votes than you, and the rules for awarding pledged delegates ensures that she will continue to hold a considerable lead over you all the way to California. And that’s before we even start counting superdelegates.

This week, your campaign has taken on the persona of spoiler with violence and threats from your supporters in Nevada, and you ratcheting up your rhetoric against Secretary Clinton. You say the system is rigged in favor of the establishment. Maybe. However, very recent events tell us that the establishment can be beaten: The historic two-term presidency of Barack Obama, and the stunning, unlikely nomination of Donald Trump.

While I urge you not to take this personally, there is actually more at stake than Trump sitting in the Oval Office. How you manage this situation may well determine your prominence and influence when you return to the U.S. Senate. Will you be Clinton, seen as someone who did the right thing for her party, and more importantly, her country, or will you be Ralph Nader, someone who will be forever known in the hearts of many as the man who denied Al Gore the presidency (and enabled George W. Bush).

Right now, your insistence on running against Secretary Clinton rather than for the causes you care about, may very well kill the very movement you seek to inspire. The national polls we have seen this week show that your vitriolic comments against Clinton are hurting her effort, and the effect is Trump assuming an undeserved lead in the race. Trump knows this, which is exactly why he is stoking your supporters by encouraging you to stay in the race. Don’t take that bait.

I would never ask you to leave the race early, and everyone who supports you should have the right to vote for you if they choose. However, taking your campaign beyond the California primary would be selfish and dangerous.

Sen. Sanders, your cause for fighting for the rights and dignity of everyday Americans is valiant and honorable. Don’t dishonor that work by undermining the tremendous effort and sacrifice put forward by your team and your supporters. Take a cue from Secretary Clinton, and live to fight another day.

Sir, enough is enough. It’s time for the progressives to unite and prepare for possibly the ugliest presidential campaign in modern memory. The tighter the bond is, the better the chance for victory in the fall. And, yes, Sen. Sanders, we need you with us.

Corey Ealons is a partner with VOX Global, a public affairs firm based in Washington, DC, and a former White House spokesperson for President Barack Obama. Follow him on Twitter: @CoreyEalons and LinkedIn: www.linkedin.com/in/coreyealons. 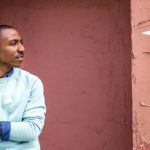 Camille A. Brown: A Choreographer Hitting Her Stride