One Way Trip To Mars: Mars One Will Establish A Permanent Human Settlement 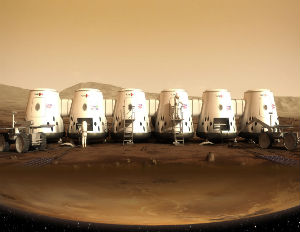 Mars One is a Dutch nonprofit that is planning to establish a permanent human settlement on the planet Mars by 2024. The organization has announced its 100 final candidates, who were selected from more than 200,000 people, to journey on the one-way trip. The search for astronauts began in April 2013, sparking interest from thousands all over the country. The ultimate mission is to create a new colony on Mars.

[Related: #Be28andGreat- This Day In History: First African American to Walk In Space]

From the pool of 100 candidates, only 24 lucky nominees will be selected to make up six crews of four, which are planned to launch every two years starting in 2024. The finalists include scientists, academics, and adventure seekers.

According to a recent MIT study, the journey to the red planet is estimated to take around seven months, and with the technology provided, crew members would last a mere 68 days. However, Mars One has assured the public holding that the technology is new, innovative, and safe, being built based on simulation outposts, which will be trained and tested prior to the launch.

Would you book a one-way ticket to Mars? Share your thoughts with us below.

8 Tips to Accelerate Your Climb Up the Corporate Ladder