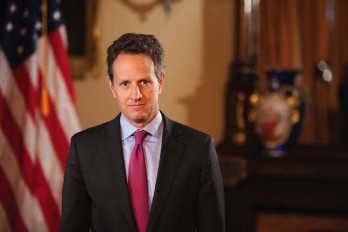 Job No. 1 for the Obama administration continues to be fixing the economy. The unemployment rate currently stands at 8.9%. The housing market remains fragile as joblessness drove up foreclosures in 72% of the 206 major metro areas over the past year. And the White House is locked in budget battles with Congress over how to tame the federal budget deficit–projected at $1.6 trillion for 2011 by the Office of ManagementÂ  and Budget–without wrecking the recovery. At stake: President Obama’s visionary plan to “win the futureâ€ through investments in industrial innovation, education, and infrastructure so America can “out-innovate, out-educate, and out-build the rest of the world.â€

Many Americans, however, are seeking immediate relief. With an unemployment rate above 15%, hordes of African Americans have been among the most battered by economic forces. The Center for American Progress, a nonpartisan research institute, reports that “as the economic recovery deepens and the labor market recovers, communities of color will have to climb out of a deeper hole to regain the same level of economic security as they had before the crisis.â€

Against this backdrop, Editor-in-Chief Derek T. Dingle talked with Treasury Secretary Timothy Geithner to gain answers to our readers’ questions about the economy. In this exclusive interview held after the State of the Union address, the two discussed, among other topics, financial reform, small business lending, and job creation. The following are edited excerpts:

What is the current state of the American economy?
We’re making progress but we have a lot of challenges. We have very high levels of unemployment still and we’ve got these very large, unsustainable long-term deficits. What the president did [in the State of the Union speech] was to lay out a very optimistic, very confident vision for how we meet those challenges and what we need to do in the United States to make sure that we’re making more progress, creating a stronger economy, and going back to living within our means.

The president’s plan calls for investments in innovation, education, and infrastructure. Given the federal budget deficit, how can the government pay for that?
The things we need to do to make sure that we are creating more things in the United States, that we’re rebuilding infrastructure and we’re educating our children, those are things that we can afford as a country. Of course, we have to make sure we can demonstrate to the American people that we can spend less on less important things [and]