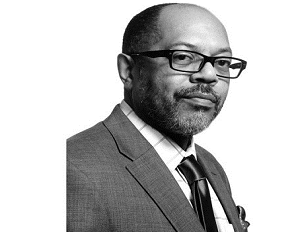 After more than two decades at The Washington Post, award-winning journalist Kevin Merida has announced he is leaving the newspaper to serve as editor-in-chief of the ESPN site, The Undefeated.

ESPN created The Undefeated in 2013 to provide a digital platform that focuses on the intersection of race and sports. Since the site’s launch two years ago, progression on the digital project has been slow, with some of its failure being attributed to its founding editor Jason Whitlock, who was dismissed from his position in June.

Whitlock opened up about about his failure at the site in his new blog, while citing that part of his departure was due to cost-cutting at ESPN and a “cultural shift” that has led to the network’s loss of other prominent names, including Bill Simmons, Keith Olbermann, and Colin Cowherd. According to Bloomberg, the ESPN has been experiencing rising program costs coupled with a lost of viewers, which has resulted in plans to eliminate as many as 350 positions as early as this week.

Merida, who was The Washington Post’s first African American managing editor, is tasked with turning The Undefeated around, and tells The New York Times that he is ready “for the challenge and adventure of trying something new at this stage of [his] career.” He adds that the site will “become a home for innovative storytelling, new voices, and the exploration of athletes and ideas by writers you’ll want to read.”

The Washington Post’sÂ Executive Editor Martin Baron; who appointed Merida to the position of managing editor, spoke highly of Merida’s time at the news outlet and expressed the team’s sadness after hearing of his departure.

“I expect there is not a person in our newsroom, or in our entire organization, who is not heartbroken over this decision, even as we wish Kevin the very best in his new position and know that he will perform brilliantly,” said Baron. “Kevin is a superb newsman, with consistently sound judgment and an exquisite sense of story.”

Merida’s last day at The Washington Post will be October 30. There is no reported date for when he will start his new position with ESPN.