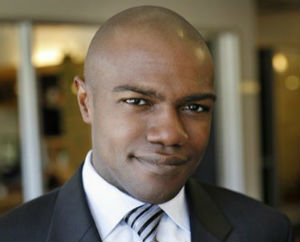 For a campaign that has relied on a message of competence and accomplishments since it kicked off a year ago, Donald Trump’s operation is in dire straits right now.

It all began last week with the cumbersome selection and announcement of Mike Pence as his running mate. The announcement was reportedly delayed because of tragic events around the globe, but those same reports offered that Trump was never settled on Pence as the guy. In fact, late into the evening, Trump was still considering if he could back out of the decision or pick someone else. Worst of all, this was all exposed in leaks the size of Niagara Falls to the media, who enthusiastically reported it.

Next, the campaign is actively snubbing the popular sitting Republican governor of Ohio, John Kasich, based on hard feelings left over from the primary campaign (Kasich has not endorsed Trump). We know Ohio is critical in every presidential election, but especially since no Republican has ever won the White House without winning that state. Not only does Kasich not have a speaking slot at the convention, leaders in the campaign have openly ridiculed him on national television, which has not been received well by the Ohio delegation.

More chaos ensued on the convention floor Tuesday as the Never Trump movement made one last gasp to delay or deny Trump the actual nomination. The motion by the group eventually failed, but this effort is a zombie that should have been shot in the head weeks ago by a more organized operation. It’s a sign of the underlying discomfort from a broad base of conservatives across the nation, and more so, the Trump team’s ineffectiveness in unifying the party.

Finally, we all have seen the stunning side-by-side video of a reportedly reluctant Melania Trump delivering remarks shockingly similar to those delivered by Michelle Obama at the 2008 Democratic Convention. Once again, the campaign had to endure self-inflicted wounds with staffers in front of the camera and behind the scenes denying any plagiarism while at the same time admitting it was a grave error, but not taking any action to correct or assign accountability. These incidents have all been epic failures that serve as distractions from the primary objective of the convention — a unified party prepared for a tough fall campaign.

Competence in the Trump campaign is a dead fish on the dock, and that should undermine his positions with supporters, but apparently expectations are so low — and hatred for Hillary Clinton so high among convention goers — it doesn’t matter. We appreciate that Trump has run an anti-gravity campaign since day one, defying the fate of actions that would have been seen as gaffes in elections not so long ago. Many in Cleveland say they are sticking with Trump no matter what, and anything is better than Hillary.

Trump claims that he will self-fund his campaign, but we already know that the majority of the funds he has spent on his campaign, Â from jet fuel for his plane to use of his properties in Florida and across the country, has been in the form of a loan. There is certainly nothing wrong with that, except it is certainly misleading to say that he has written a check and will continue to write checks. That means he, and the Republican campaign committees who support Senate and House candidates, will rely heavily on big donors.

These donors already don’t support Trump based on his positions on trade and immigration. The past several days of demonstrative ineptitude only contributes to further undermining their confidence in him.

They say that how a candidate runs their campaign is in many ways indicative of how they would govern and run the nation. Barack Obama was successful in 2008, in part, because of the “no drama Obamaâ€ attitude that permeated throughout the campaign. He demonstrated strong leadership by making a sound vice presidential pick in Joe Biden, running a great convention and driving an overall competent campaign. In addition, Obama had a very successful trip abroad demonstrating his ability to build bridges — and our nation’s reputation — around the globe.

When it comes to competence, rhetoric and reality have yet to meet on the Trump campaign, and the events of last week have been very revealing. Now you decide if he should occupy the Oval Office.

Corey Ealons is a former White House spokesperson for President Barack Obama. He is currently a partner with VOX Global, a public affairs communications firm based in Washington, D.C. Follow him on Twitter @CoreyEalons. 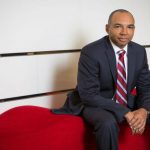