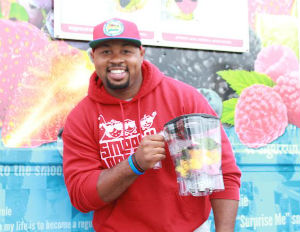 Keon Davis has always had an entrepreneurial mind.Â  In kindergarten, he sold crayons to those who had forgotten theirs. Many a consumer classmate later, Davis is the founder of a wildly successful, smoothie business, Smooth-N-Groove, based in Auburn, Alabama.

During an easygoing conversation, Keon had an idea. “My friend told me he had spent thousands of dollars at the gym in the last year. ‘I was like man, how are you spending that [much] in the gym?’â€

Keon learned the expensive culprit of his friend’s spending was smoothies. Luckily for Keon, his wife’s father had once owned a smoothie business and was happy to give Keon his old recipes. After asking the gym he worked out at if they would be interested in selling smoothies, Keon was cold as ice and straight smooth in business, starting Smooth-N-Groove right at the gym.

As a child, he loved the California Raisins commercials–their sunglasses and their old-school soulful feel; he was inspired by the concept and chose Smooth-N-Groove as his business name.Â  Each of his mostly vegan smoothies is named after a popular dance: Tango, Twist, Electric Slide, Nae Nae and countless others.Â  Keon believes he’ll always stay relevant by introducing new smoothies anytime a dance becomes popular and established.

While his focus is on providing delicious and healthy smoothies, he believes he offers something more. “We create an experience, an atmosphere. We’re the fun place to be.Â  Kind of like ‘Cheers’, where people know your name,â€ Keon explains. He further explains, “We really don’t sell smoothies. We sell an experience; and we give you a smoothie while you’re there.”

At the gym, he played music from Lynyrd Skynyrd to Nicki Minaj and continues to do so at his new locations. Yes, multiple locations. While his company was a success at the gym, Keon had the opportunity to leave and start a contract with Auburn University to sell smoothies on its campus. He bought a former Frito-Lay truck and outfitted it with plumbing, electricity, and a freezer.

Today, Smooth-N-Groove has two trucks and two brick-and-mortar stores on campus, as well as nine employees, including himself. Deciding to work with the university has provided Keon with a built-in clientele, convenient for not only him, but also his collegiate customers, as Smooth-N-Groove accepts students’ meal cards. Keon brings music to his consumers’ ears, sweet treats to their mouths, and peps to their steps that get them moving, grooving, and healthy. In turn, Keon has received much, literally. Working within the $8.9 billion dollar smoothie industry since 2011, he is making cold cash. This year alone, his company brought in $469,000 and is slated to make $800,000 next year, with projections of $1.3 million in 2017. The company has garnered quite a loyal following and its customers are known as the Smoothie Gang, evident on Smooth-N-Groove’s social media pages. The Smoothie Gang and other customers can also buy t-shirts, hoodies, tank tops, sweatpants, and snapbacks at the trucks or stores.

To help grow his business, Keon entered the National Urban League’s National Pitch Competition and enlisted the help of Pitch Proof–a business pitch coaching and training academy–to help him craft his winning pitch. This investment in learning how to properly prepare for, enter, and ultimately win business pitch competitions helped Keon go on to winÂ the grand prize. As a winner both on the stage and in business, Keon knows simplicity is what sells. So, what lessons can we learn from this smoothie truck entrepreneur?

Gwen Jimmere is CEO & Founder of NATURALICIOUS, one of the fastest growing natural hair care brands in the U.S. She is the brains behind the revolutionary OooLaLocks Hair Box—the only simple, four-step natural haircare system designed specifically for curly hair that is proven to take you from wash to ready-to-style in just 1 hour or less. A longtime, highly sought-after healthy haircare expert, Gwen is also a frequent keynote speaker and panelist on small business and entrepreneurship. Her natural hair care line is sold in Whole Foods stores, as well as in other fine retailers across the US and internationally. She can be found at GwenJimmere.com. 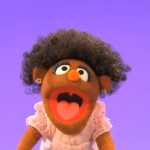