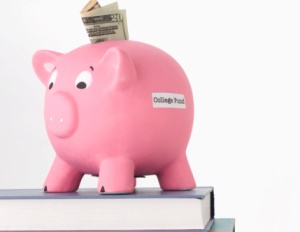 Student loan debt is typically associated with recent college attendees or graduates. But new studies by the Government Accountability Office and with complimentary findings from the Survey of Consumer Finances (SCF) have indicated that student loan debt has an impact on a much larger group of people than might have once been anticipated.

For example, several heads of any given household are plagued with more than just high mortgage and credit card debt, they are still in a fight to pay down their own student loan debts as well as their college-attending dependents. Recent analysis has shown that 3% of households in this study, which included about 706,000 households in total, were headed by individuals 65 years of age or older who carry student loan debt.

Individuals age 64 years or younger still make up the bulk of the student loan demographic in approximately 22 million households. This is a significant amount, but there has been a steady increase of student loan debt in households with older members. The SCF has shown that student debt grew from 1% in 2004 for household heads aged 65 to 74 to 4% in 2013. This translates to about $2.8 billion in 2004 and $18.2 billion in 2013.

The real problem with the way student loan debt affects this financially strapped demographic is how debts are documented—the Department of Education will typically wait up to one year before taking aggressive action to recover funds, but when the return is sought, the funds are withdrawn from a portion of the borrower’s Social Security disability, retirement or survivor benefits and for many seniors, this is the only source of income available.

Testimony has been given before the U.S. Senate Aging Committee by seniors who have found themselves in this position despite years of working where mortgage and credit card debt repayment has been the priority.