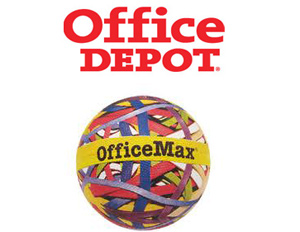 Officemax and Office Depot are at an advanced stage and an announcement of a merger could come as early as this week, The Wall Street Journal reported. The newspaper cited anonymous sources close to the deal.

The combined company would be competing against Staples, Amazon.com, Costco and Wal-Mart, to name a few major players in the office supply business.

Office Depot has 1,675 stores worldwide, while OfficeMax has about 900 stores. A merger of the two brands would allow the companies to cut costs, including shutting down stores that currently compete against each other. Analysts estimate the companies could get rid of 20 percent of their combined stores and still hold onto customers.

If combined, OfficeMax and Office Depot, with annual sales of $11.5 billion and $7 billion respectively, would still not eclipse the segment’s largest business, Staples Inc.

Secret Weapon: How to Strengthen the Most Valuable Job Skill