Your Majesties, Your Royal Highnesses, distinguished members of the Norwegian Nobel Committee, citizens of America, and citizens of the world:

I receive this honor with deep gratitude and great humility. It is an award that speaks to our highest aspirations — that for all the cruelty and hardship of our world, we are not mere prisoners of fate. Our actions matter, and can bend history in the direction of justice.

And yet I would be remiss if I did not acknowledge the considerable controversy that your generous decision has generated. (Laughter.) In part, this is because I am at the beginning, and not the end, of my labors on the world stage. Compared to some of the giants of history who’ve received this prize — Schweitzer and King; Marshall and Mandela — my accomplishments are slight. And then there are the men and women around the world who have been jailed and beaten in the pursuit of justice; those who toil in humanitarian organizations to relieve suffering; the unrecognized millions whose quiet acts of courage and compassion inspire even the most hardened cynics. I cannot argue with those who find these men and women — some known, some obscure to all but those they help — to be far more deserving of this honor than I.

But perhaps the most profound issue surrounding my receipt of this prize is the fact that I am the Commander-in-Chief of the military of a nation in the midst of two wars. One of these wars is winding down. The other is a conflict that America did not seek; one in which we are joined by 42 other countries — including Norway — in an effort to defend ourselves and all nations from further attacks.

Still, we are at war, and I’m responsible for the deployment of thousands of young Americans to battle in a distant land. Some will kill, and some will be killed. And so I come here with an acute sense of the costs of armed conflict — filled with difficult questions about the relationship between war and peace, and our effort to replace one with the other.

Now these questions are not new. War, in one form or another, appeared with the first man. At the dawn of history, its morality was not questioned; it was simply a fact, like drought or disease — the manner in which tribes and then civilizations sought power and settled their differences.

And over time, as codes of law sought to control violence within groups, so did philosophers and clerics and statesmen seek to regulate the destructive power of war. The concept of a “just war” emerged, suggesting that war is justified only when certain conditions were met: if it is waged as a last resort or in self-defense; if the force used is proportional; and if, whenever possible, civilians are spared from violence. 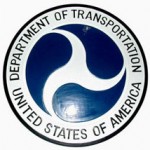